Correct, they've increased by around 825,000 in primary and secondary schools in England since 2010.

It's correct that there are around 825,000 more school places in state-funded primary and secondary schools in England than there were in 2010. That’s an increase of 11%. 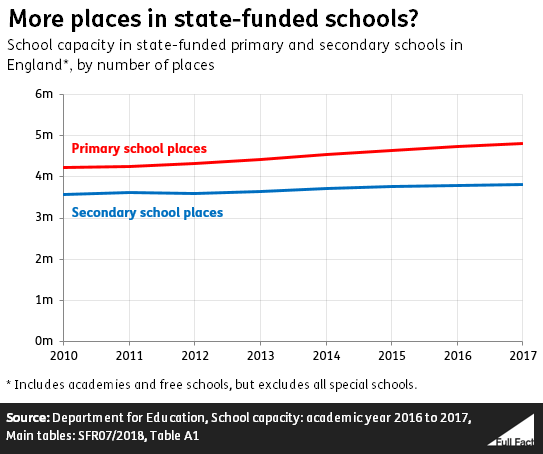 The number of pupils at state-funded primary and secondary schools has increased by around 505,000 or 7% since 2010. 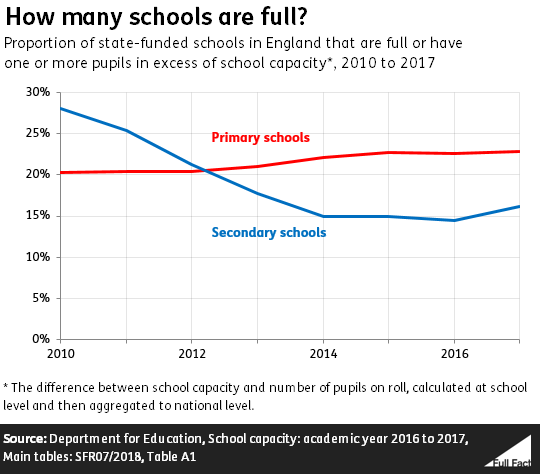 Local authorities estimate that 79,000 primary school places will be needed across England “to meet demand for academic year 2021/22.” In secondary schools it is an estimated 87,000.

We’ve looked more at the proportion of places created in schools rated good and outstanding here.