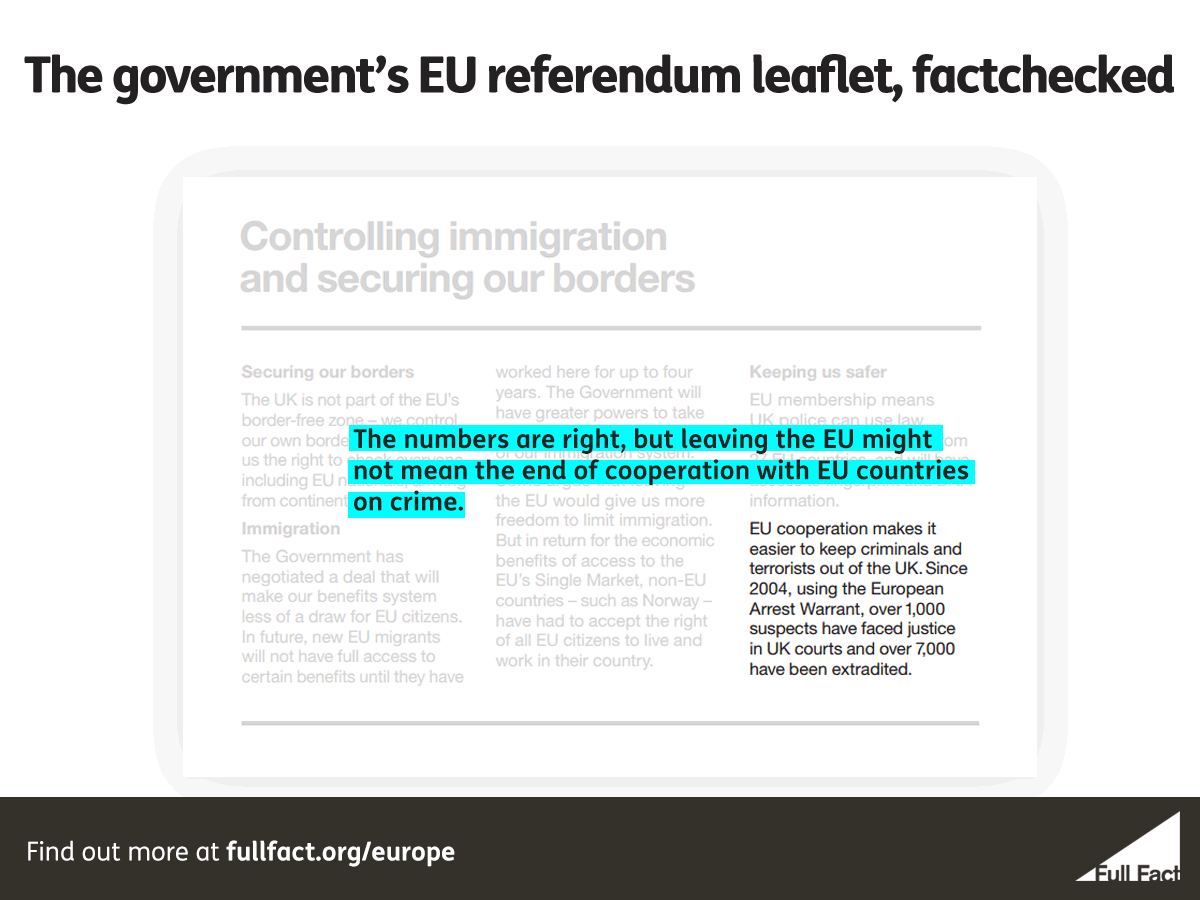 “EU cooperation makes it easier to keep criminals and terrorists out of the UK. Since 2004, using the European Arrest Warrant, over 1,000 suspects have faced justice in UK courts and over 7,000 have been extradited.”

The recent EU renegotiation deal made it a little easier for countries to deport people from elsewhere in the EU.

The UK has ‘opted in’ to various security arrangements that the EU has, such as the European Arrest Warrant (EAW), Schengen Information System (SIS), and European criminal records system.

If the UK decides to leave the EU, it might not be able to access these arrangements directly. The EAW for example doesn’t currently apply to countries outside the EU. But Norway for example does participate in the SIS and something like the EAW without being a member of the EU.