Was a record amount spent on private providers by the Department of Health?

The Department of Health and Social Care gave private firms a record £9.2 billion in 2018.

The department spent £9.2 billion on purchasing health care from private providers in 2018/19. That’s a record amount of spending in cash terms, but not in real terms or as a proportion of the department’s budget.

“The Department of Health and Social Care handed a record total of £9.2bn last year to private providers”

The Department of Health and Social Care spent roughly £9.2 billion, on purchasing healthcare from ‘independent sector providers’ in 2018/19. That’s 7.3% of all of the department’s budget for day-to-day operations that year.

Looked at in real terms, more was spent on purchasing services from private providers in both 2015/16 and 2016/17—around £9.4 billion in each year. 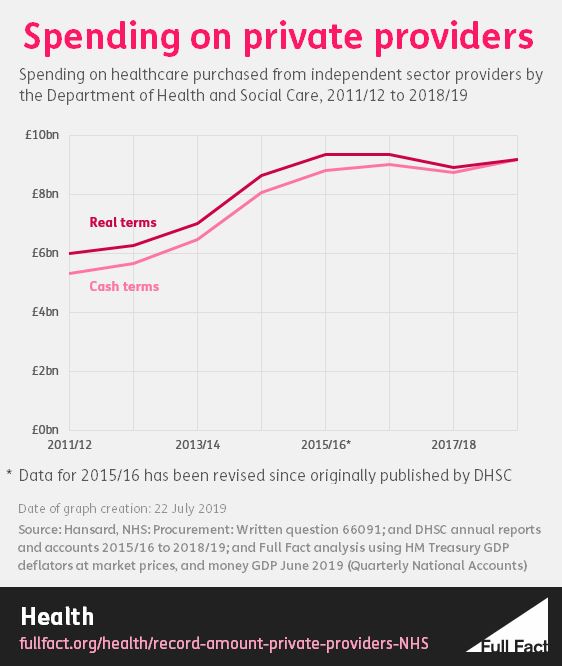 A larger proportion of the department’s budget was also spent on private providers in those two years—7.7% compared to 7.3% in 2018/19. 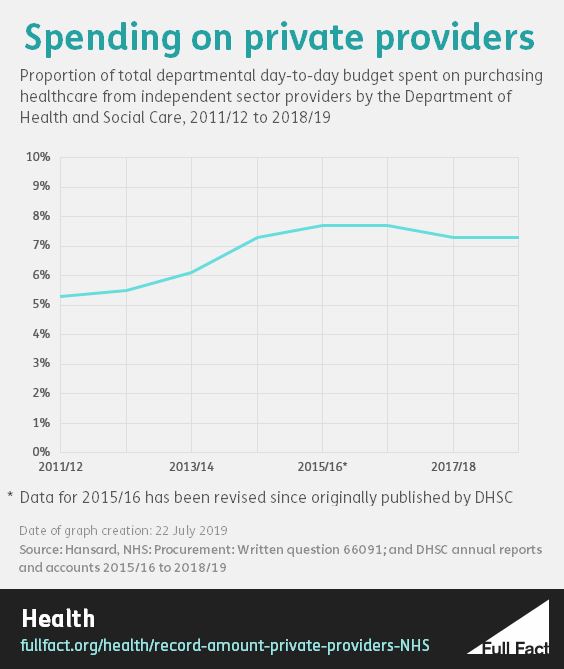 As we said back in 2017, research from the health think tank the King’s Fund found that the use of private providers varies across the NHS.

The Health Foundation and Institute for Fiscal Studies (IFS) say “While the NHS has always purchased some services from the private sector, the role of the private sector in providing routine community, diagnostics and elective (non-emergency) care was formalised and expanded in the 2000s, and now accounts for a significant share of public spending on health in England.”