The net migration target was never likely to have been met

The net migration target could only have been met if immigration of non-EU citizens was cut.

Correct. Significant reductions to non-EU immigration will have been needed given the government can’t control the volume of EU immigration. But non-EU levels are now roughly what they were back in 2010, so the target is far from being met.

The Home Office set a target to cut immigration down to the tens of thousands.

This is correct, referring to net migration rather than just immigration. Governments since 2010 have continually mentioned this figure, though it’s not clear if it is still in place. 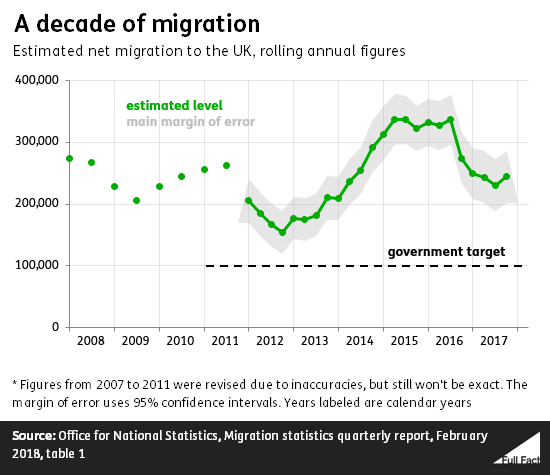