Jürgen Klopp said the European Super League is about “greed” and that he had demanded a meeting with the Liverpool owner.

This quote is made up, although Jürgen Klopp has expressed opposition to the idea of a Super League.

There is no evidence Sir Alex said exactly this in relation to the Super League, although he has said the Super League represents a move away from 70 years of club football history.

Jose Mourinho was sacked as manager of Tottenham Hotspur after refusing to take training due to the European Super League announcement.

There is no evidence he was sacked for this reason. This was claimed by a Twitter user who’s made false claims in the past.

Following the announcement of the European Super League, a number of fake quotes attributed to people in the footballing world have gone viral on social media.

The European Super League would involve 20 clubs, including 15 founder members which would be guaranteed entry to the tournament each year, and five clubs which had qualified for that year’s competition.

The announcement has been received with almost universal negativity across the continent, so you might question the need for angry supporters to fabricate yet more dissent, attributed to some of the game’s most famous people.

For example, Liverpool manager Jürgen Klopp has been reported as saying that the announcement is about “greed”, he is “against this Super League” and has “demanded a meeting with John”, presumably referring to John Henry, owner of Liverpool Football Club.

Liverpool are one of the “Founding Clubs” of the European Super League.

Despite them being shared thousands of times on social media, there is no record of Mr Klopp ever having said these exact words, although he has expressed opposition to the idea of a super league in the past.

In 2019, he told German magazine Kicker: "I hope there will never be this Super League”.

The fake quote appears to originate from a Twitter user called @_Sadio_Escobar who has history making up other fake quotes attributed to footballers associated with Liverpool,

They initially told Full Fact via direct message: “I have a very trusted source within the Training compound, Kirkby. I get exclusive access to the players and coaching staff.”

They then said: “No realistically it’s just a bit of fun really. I find it interesting how people will believe anything they see just because there’s a picture next to some text. If it’s something people want to believe is true, they won’t question it.

“And I can’t believe people will believe a source called Sadio Escobar. 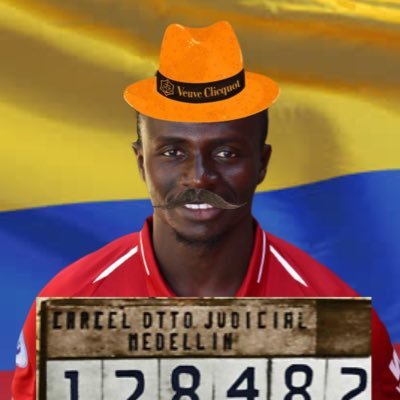 Similarly, a “quote” from Sir Alex Ferguson, former manager of Manchester United, another founder club, claims he said the Super League is a “piece of nonsense” and “sells [supporters] right down the river.”

The quote has been shared by SPORTbible on Instagram and has been liked almost 170,000 times at the time of writing.

The quote appears to have gone viral after football journalist Michael Cox tweeted it, saying it was the former manager’s views “on the breakaway league”. He explained in a subsequent tweet that Sir Alex originally said this about the formation of the Premier League in 1992, not the European Super League. We can’t find any evidence that Sir Alex has ever said this about any competition. We have approached Mr Cox and LADbible Group, owners of SPORTbible for comment.

However, Sir Alex did tell Reuters on Sunday that “talk of a Super League is a move away from 70 years of European club football”.

And on Monday, after Tottenham Hotspur sacked manager Jose Mourinho, Twitter user @thechichoazul claimed this was after he “refused to take players onto training ground over the club’s proposed Super League admission.”

There is no evidence that Mr Mourinho was sacked for these reasons. Spurs currently sit seventh in the Premier League after winning one of their past five league games and were knocked out of the Europa League by Dinamo Zagreb last month.

The account goes by the name “Trevor Azul” and has previously claimed to be employed by the Financial Times (which has denied his employment).

On Sunday night he claimed that Newcastle, who sit 15th in the Premier League, would be the next team to join the European Super League with the full “story to follow”.

This article is part of our work fact checking potentially false pictures, videos and stories on Facebook. You can read more about this—and find out how to report Facebook content—here. For the purposes of that scheme, we’ve rated this claim as false because all these quotes appear to be made up or misattributed.