Millions of jobs linked to the EU, not to our position within it

Speaking on BBC Breakfast this morning, Nick Clegg claimed "millions of jobs in this country that are in one way or another dependent on our position in the European Union". A similar claim has been made in a Liberal Democrat Election Communication. But, as we've said before, this isn't quite the case. 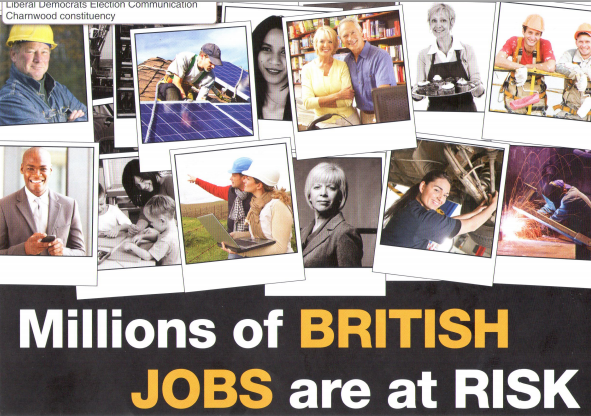 Figures on UK jobs and the EU relate to the number of jobs linked directly and indirectly with trade with the EU nations, but don't tell us how many would be lost if the UK left the EU, or even if any would at all.

One of the authors of early research into the subject conceded that a withdrawal could mean that "the risks become greater" for job losses, but reiterated that the figures did not show jobs 'dependent' on EU membership.

A full discussion of the issue is in our spotlight.

We've also got all our other factchecks on claims we've heard in the run up to tomorrow's European elections - including video factchecks of the Conservative, Labour, Liberal Democrat and UKIP party broadcasts - on our Europe hub page.