Performance of academy chains is a mixed bag

Headlines alone don't often do serious research justice, but it's a rarer sight to see two papers directly contradict each other as the Times and Independent did this morning:

The Sutton Trust published the research today on the impact of secondary sponsored academy chains on disadvantaged pupils. Their own headline gives a more balanced summary:

As both newspapers make clear in their articles, the findings paint a mixed picture. Some academy chains perform well across a range of attainment and improvement measures - in some cases significantly above the average for all mainstream schools. Others consistently fall behind. 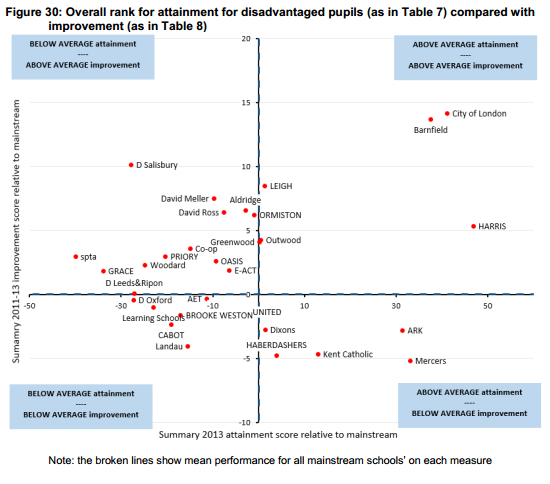 The report acknowledges that it's to be expected that academies with low initial attainment levels will improve faster than the mainstream average: "on average, low attaining schools always show greater improvement than high attaining schools".

There's also a lot of data yet to come. The report concedes that there's not enough information yet to fairly judge the performance of primary sponsored academies as well, and the performance of many of the chains included in this research is only based on two academies.