These cars were not abandoned because their batteries failed

Photographs show many electric cars that were scrapped because their batteries were too expensive to replace.

Incorrect. These cars were scrapped because they were part of the fleet of a French business that stopped trading. 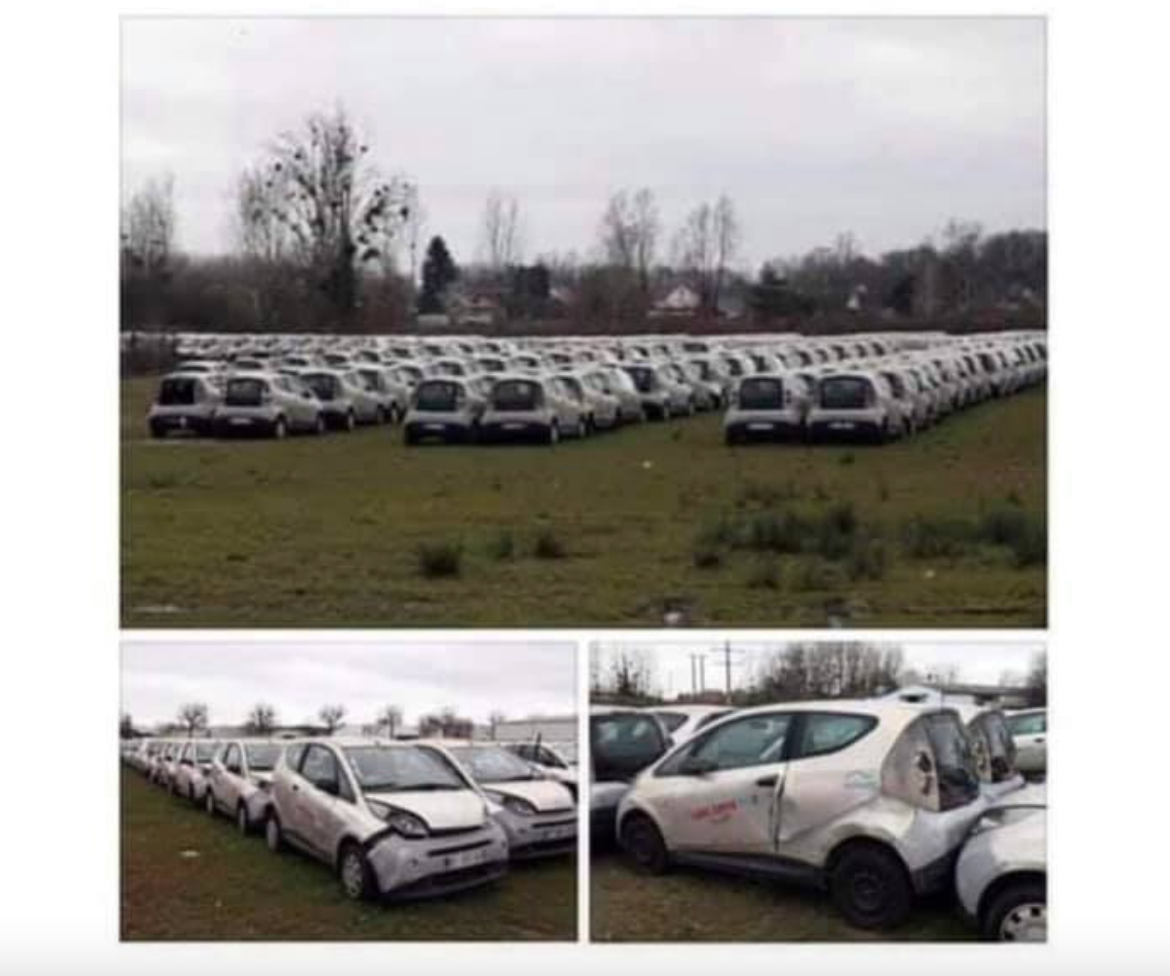 Photographs of a field filled with dozens of disused electric cars are being shared on Facebook, alongside the claim that they were scrapped because their batteries were too expensive to replace, and too difficult to dispose of.

This is not true.

The pictures appear genuine, but the cars were actually part of a fleet belonging to a French car-sharing service called Autolib, which stopped trading in 2018.

The end of Autolib had nothing to do with the vehicles or their batteries. It happened when the public authorities cancelled its contract after failing to agree with the company how to cover its debts. Marie Bolloré, from the Bolloré group which owned Autolib, was quoted at the time saying that the service struggled because of the “changing mobility patterns of Parisians”.

According to reports in France, more than a thousand of the vehicles were taken to the field in Romorantin-Lanthenay, where they are waiting to be resold.

Other fact checkers, including Politifact and Snopes, have also looked into the claim that these cars were abandoned because of their batteries, and found it to be false.

This article is part of our work fact checking potentially false pictures, videos and stories on Facebook. You can read more about this—and find out how to report Facebook content—here. For the purposes of that scheme, we’ve rated this claim as false because these cars were scrapped because they were part of a business that stopped trading, not because their batteries were too expensive to replace.