This little girl has not vanished from your local area

A little girl has vanished from a local area and the police need help to identify those responsible.

A Facebook post showing a little girl with the text “A little girl from [Location] vanishes after getting into a stranger’s car. Help recognise stranger on video!” or “[Location] 8-year-old girl kidnapped on Sunday! Do you recognize kidnapper? [SEE VIDEO]” has been shared hundreds of times across Facebook. 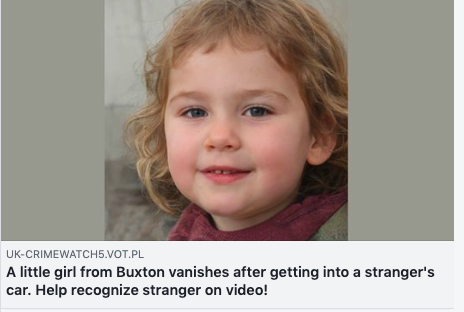 The article headline appears to have been adapted for many different UK locations, with claims that the girl has been abducted from Salisbury, Weymouth, Watford, Buxton, Aylesbury and more. Different versions use pictures of two different girls.

There are multiple clues that this story has been falsified in order to trick people into giving their Facebook details.

Clicking on the links lead to articles from a Polish domain with multiple inconsistencies and grammatical errors. Some versions of the article claim that a girl called Alice was abducted in both March and January (others says February), they say she was abducted in an area referred to only as “downtown”, and they include a quote from a police “Captain”, a rank that does not exist in UK police forces.

The article is also notably missing any of the information that would typically be in a news story, such as details about the family, the specific area in which it happened, or the police force involved.

Child Rescue Alert, a service for sending out alerts about missing children that is run by the Child Exploitation and Online Protection command (part of the National Crime Agency), has sent out no alerts since January. None of the three alerts sent this year has been about a girl called Alice, and all three were resolved with the missing child being found.

The comments at the bottom of the article, which are designed to look like Facebook profiles, also lead to Polish domain sites, rather than Facebook accounts.

The webpage has also been flagged by Google as a phishing attempt. 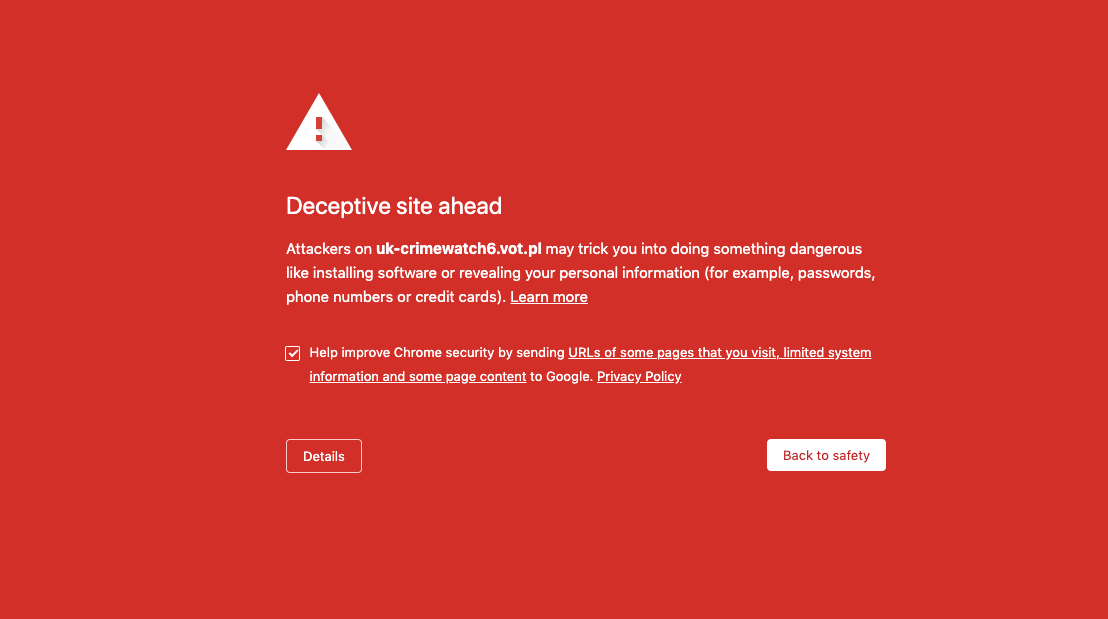 The article asks for people to watch CCTV footage of the apparent incident, but only after supposedly confirming their age through Facebook. Clicking this takes you to another page on the Polish website, designed to look like a Facebook login page, which asks you to enter your login details. 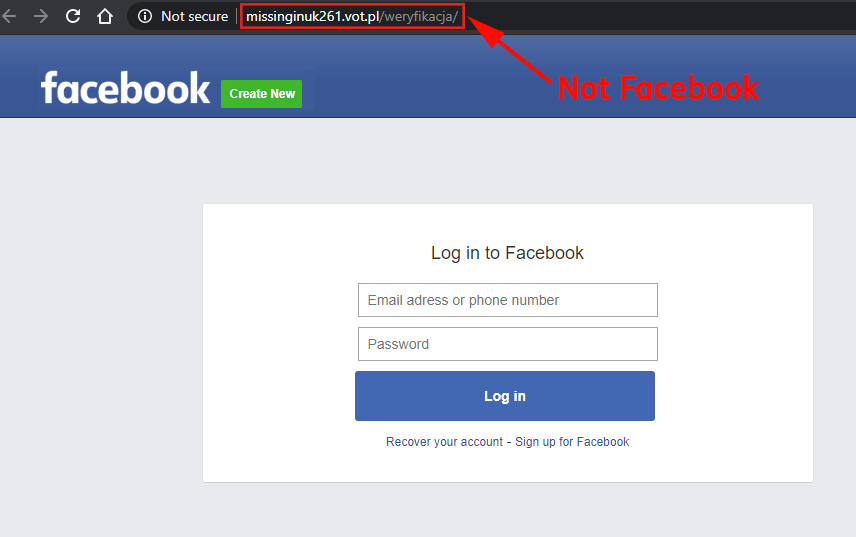 According to a Facebook post, if someone does enter their details, it results in the person’s Facebook groups being spammed with versions of the fake story.

The CCTV footage in the article is actually from an incident that happened in India.

This article is part of our work fact checking potentially false pictures, videos and stories on Facebook. You can read more about this—and find out how to report Facebook content—here. For the purposes of that scheme, we’ve rated this claim as false because this girl is not missing.