A post suggests video footage showing a camera crew filming people in hazmat suits is evidence the pandemic is staged by the media.

The footage was almost certainly taken of a film crew recording part of an advert where the Hungarian Prime Minister thanks key workers.

A video appearing to show a camera crew filming several people in hazmat suits pushing a trolley with the caption “Caught in the act 🤔 light, camera, action! 🎬 The media is the v!rus 🤦‍♀️ wake up people 🤣” has over 5,000 views on Facebook. The caption seems to suggest the video shows evidence aspects of the pandemic are being staged by the media.

The 32 second video, which looks to have been filmed from an overlooking window, shows several camera crew members following people in protective suits walking quickly along the street, before they all turn back and walk back to where they started with less urgency.

The video doesn’t look like it was filmed in the UK, as the emergency vehicle visible doesn’t have the right design. It does look like a Hungarian ambulance though.

As Serbian fact checker KRIK also pointed out, the video does seem to closely match a snippet of footage in a promotional video posted by Hungary’s Prime Minister Viktor Orbán’s Facebook page.

The video, entitled ‘Thank you’ in Hungarian, shows stock film clips of various emergency services workers. About 23 seconds into the video, there’s a short clip of three people in protective suits with a trolley on a pavement. Although only a small part of the background can be seen, the gates and bushes they pass do seem to match what the Facebook video we’re checking shows, from a different angle. 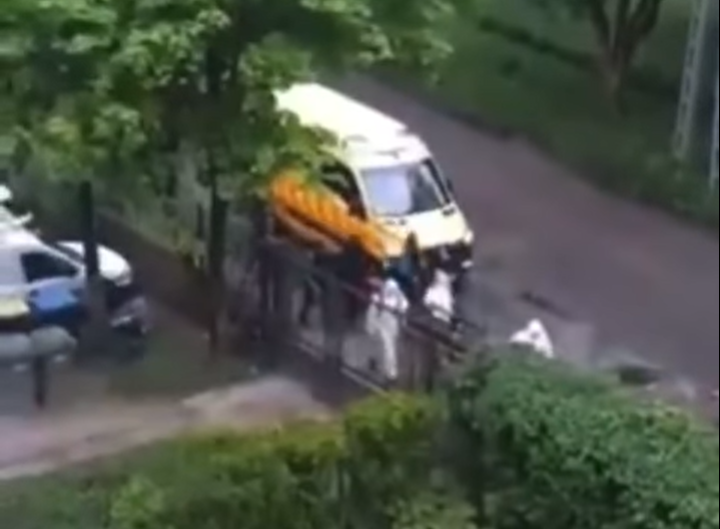 And here is one from the promotional clip: 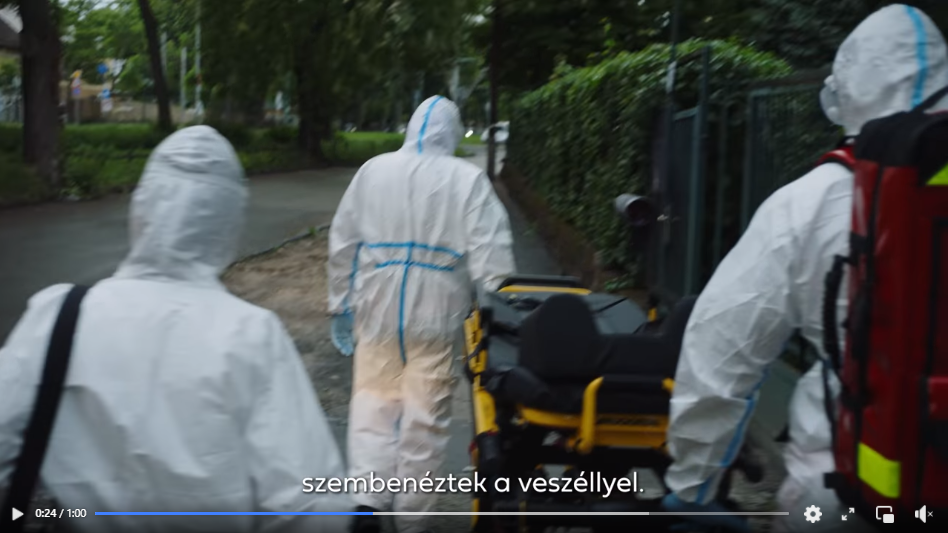 So although the footage was being filmed for promotional purposes, and was likely done with actors rather than real medical workers, it was for a video to thank first responders, and not evidence that the media is staging the pandemic, as the Facebook post implies.

This article is part of our work fact checking potentially false pictures, videos and stories on Facebook. You can read more about this—and find out how to report Facebook content—here. For the purposes of that scheme, we’ve rated this claim as missing context because the video shows the filming of a promotional video thanking emergency workers.