A number of posts on social media recently claimed that photos were being taken in a way to make it seem as though people were not obeying social distancing guidance.

In another instance, the Daily Express was wrongly accused of having used a photo of Brighton beach from 2019 to suggest lockdown distancing was not being observed. The photo it used on its 25 April cover was indeed taken during lockdown, on 23 April of this year.

Some photography techniques are hard to spot without a technical eye. Photographers have been accused of making areas look busier than they are by doing things like using particular lenses. It’s important to say that these images aren’t fake: they are authentic images, but choices the photographer makes can result in very different impressions of a scene—as illustrated in this article from Denmark’s TV2 News.

James Cant, a lecturer in photography at the London Metropolitan University told Full Fact that "practically speaking, using a long lens will flatten the perspective and so make someone standing behind another person appear closer”.

You can recreate a similar effect without leaving your house, especially if you have a camera with changeable or adjustable-length lenses. In the image below, both pictures are of the same scene, taken from a similar angle and height. The left-hand image is taken from further away, with the lens at its longest; the right-hand image with the shortest lens, but closer. 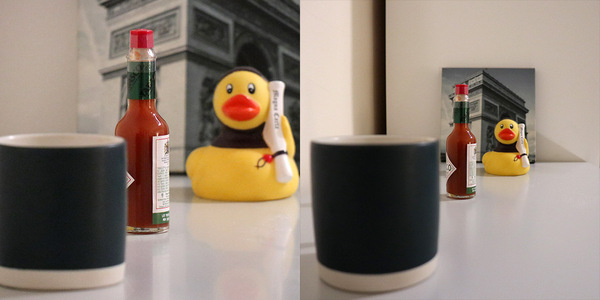 You can even achieve a similar effect with your mobile phone camera. The first picture below is taken with no zoom, fairly close to the first mug. The second is taken from further away, zooming in on the first mug so it’s roughly the same size as in the first photo. 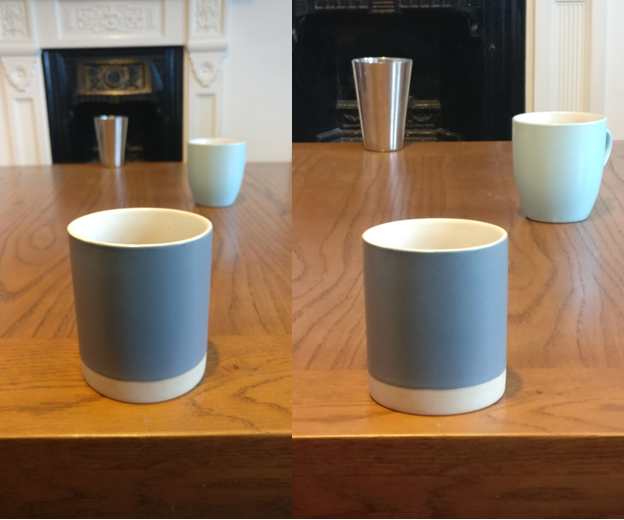 In both sets of images, you can see how zooming in, and distance from the scene makes the other objects look much closer (and bigger) in one photo than the other. This is similar to how photographers take pictures in which the moon appears much larger than it would do in real life.

Freelance photographer Jamie Drew said that it is important to remember that all photos are taken with some sort of intention.

“It's a decision about what to run on the editor's side, what to shoot on the photographer's, what's going to sell etc.”

So what can you do to spot photos like this?

A simple response would be to keep an open mind.

If you see a photo of crowds and think it’s potentially misleading, search the location shown on social media and see if anyone else has posted photos from the same time to compare. The location might also have a live stream you can check on and see what the location looks like at different times.

Looking through other photos of the same location can also give a better idea of how big that area is, and then you can assess how busy it was by looking at the number of people shown in the photo you’ve seen originally.
Generally, by keeping an open mind, you should be able to stay well informed, despite a single photo’s limitations.

We’ve written more about how to spot misleading images here.