There are two main types of misleading videos you might come across on the internet.

The footage itself may be real, in the sense that it’s showing something that really happened, but is mislabelled to make a political point, or get shared. Videos like this might say they were filmed in one country, when they originate from another, or incorrectly name the people involved.

Please note that some of the videos we link to in this blog post feature violent or potentially distressing scenes.

This video (which has now been removed from YouTube), which said it showed young Muslim men attacking and abducting a woman, is actually older footage of police in France clashing with a suspected drug dealer.

The other type of misleading videos are those that aren’t real, either because they’ve been staged or digitally doctored. For example, this video says it shows a girl getting hit by car while she does the ‘In My Feelings’ challenge (which involves hopping out of a car and dancing to a Drake song). It’s actually a repost of the original, where the creator is very clear that the video has been edited and isn’t real.

There are several ways to debunk either type, if you know what to look for and fancy taking on the role of detective.

Does it seem plausible?

We’re not saying extraordinary things don’t occasionally happen and get caught on camera (like this video of a lightning strike in Florida).

But is what happens in the video realistic? Is it believable? It’s best to navigate verifying videos as you might do anything else—with a healthy dose of scepticism.

In 2012, a video that said it showed an eagle flying off with a toddler in Canada did the rounds online, and several media outlets ran it immediately, with some casting doubts on its legitimacy. In fairness, it is quite convincing on a first watch. 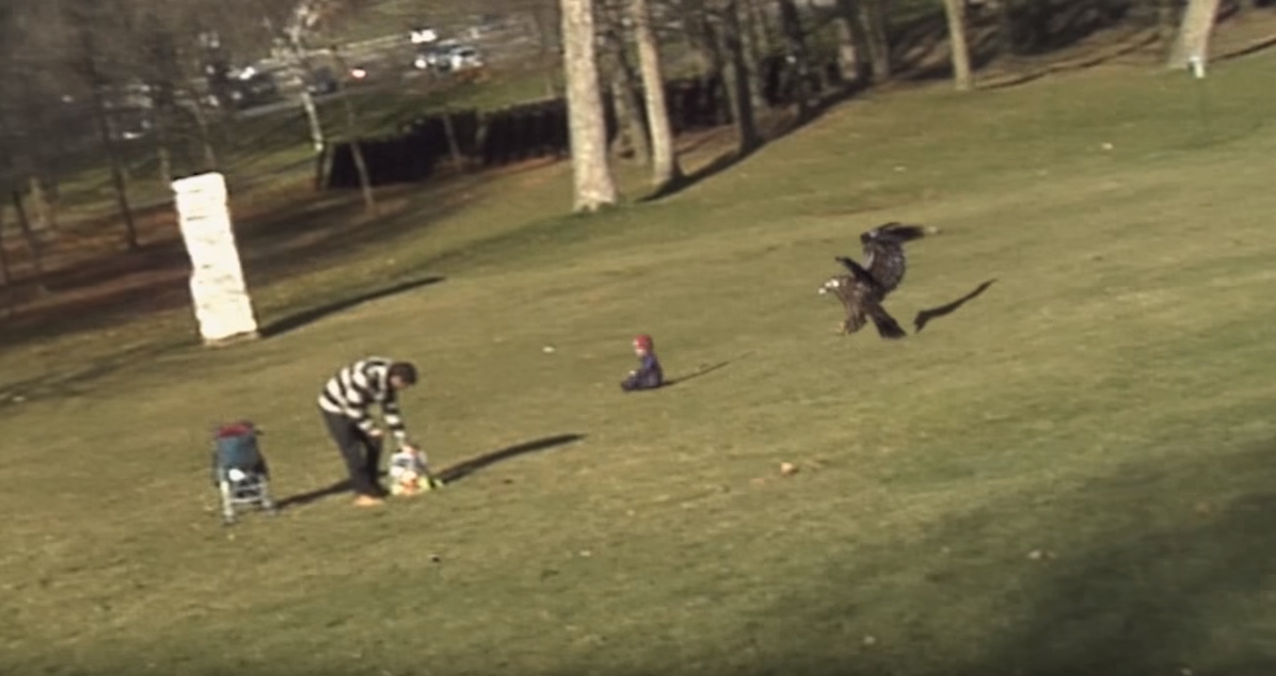 But internet sleuths pointed out that there had been no local news coverage of the story bar that on the video, and perhaps more importantly when slowed down the eagle’s shadow seems to appear from nowhere, as though it had been left out of a couple of frames.

An ornithologist said the bird’s wings were “all wrong for a golden eagle” and expressed other doubts about the physical ability of an eagle to lift a small child.

Reverse image searching, a valuable tool in the arsenal of a would-be video verifier which we’ll go into later, would have revealed nothing here as it was a brand new video.

Eventually, Montreal’s NAD School of Digital Arts confirmed it was the work of their students. As part of their course they were asked to digitally alter a video to give it the potential to go viral. Given the kerfuffle their project caused, presumably they came away with pretty good grades.

Check out the user

Has the person, or organisation, who uploaded the video put up anything else on their channel, or does it look like they’ve created the account solely to publish the video you’re watching? Having no other videos on their page may not necessarily mean the video isn’t real, but it’s a good thing to check to build up a picture of who uploaded it.

If they have uploaded other videos, are these labelled as pranks, “fake” or do they look unreliable in other ways? Does it seem like the account is run by a single user, with similar locations in most of the videos, or do they share clips from around the world? If it’s the latter it could suggest they have copied videos from elsewhere.

The internet’s memory is short, and sometimes old fakes come back around.

This video, which seems to show a little boy surviving multiple gunshot wounds to save a little girl in Syria, first did the viral rounds in 2014. One version still online has 4.6 million hits on YouTube. 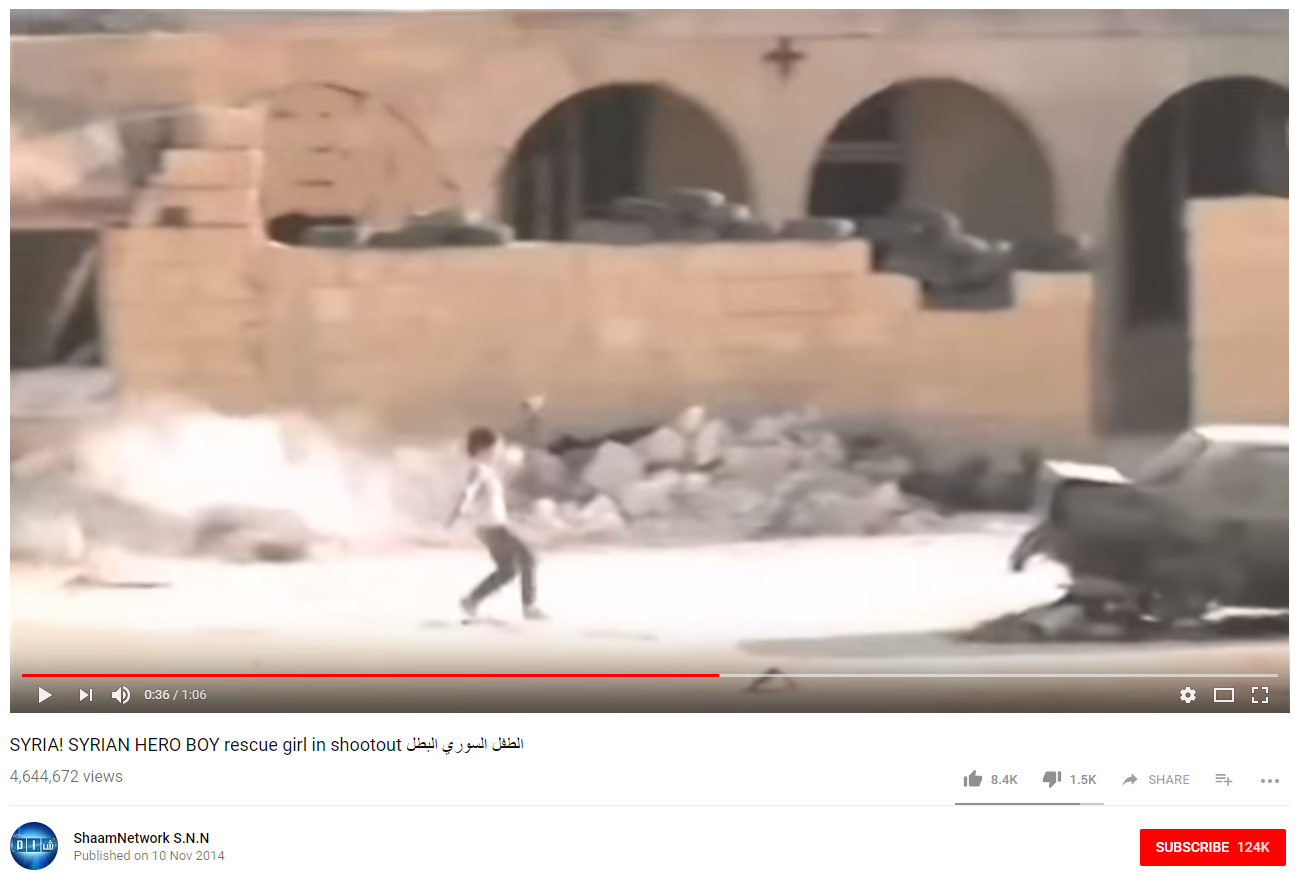 Simply searching part of the title—the phrase “Syrian hero boy”—gives a number of articles debunking the video. It’s not real footage of Syria at all. The video’s director, Lars Klevberg, told the BBC he shot the film with actors on a film set in Malta, and Syrian refugees living in the country provided the background voices.

Often a quick search will do

During the Thai cave rescue, one video was circulated widely online, supposedly showing the rescue divers navigating their way to the trapped boys. It was even used by some news organisations, as Storyful describe in a blog post here. 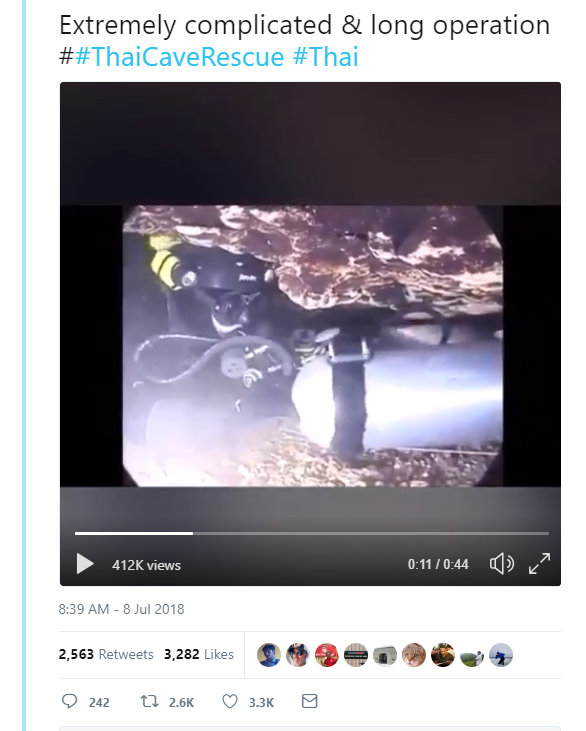 Although the video garnered many shares, as Storyful point out, the waters aren’t as murky as media reports of the Thai caves described.

You need to think with a critical eye. If you wanted to mislead people and find a video you could pass off as footage of divers in the Thai caves, how would you find it? Often, whoever originally reposted the video under a different title hasn’t tried that hard to find a convincing fake.

That was the case for this clip, which appears in the first page of results when you search YouTube for “cave diving”. It isn’t really of the Thai caves—the original was uploaded in 2012 and says it’s of cave diving in Wisconsin. The user has posted two other videos of similarly claustrophobic-looking cave dives. 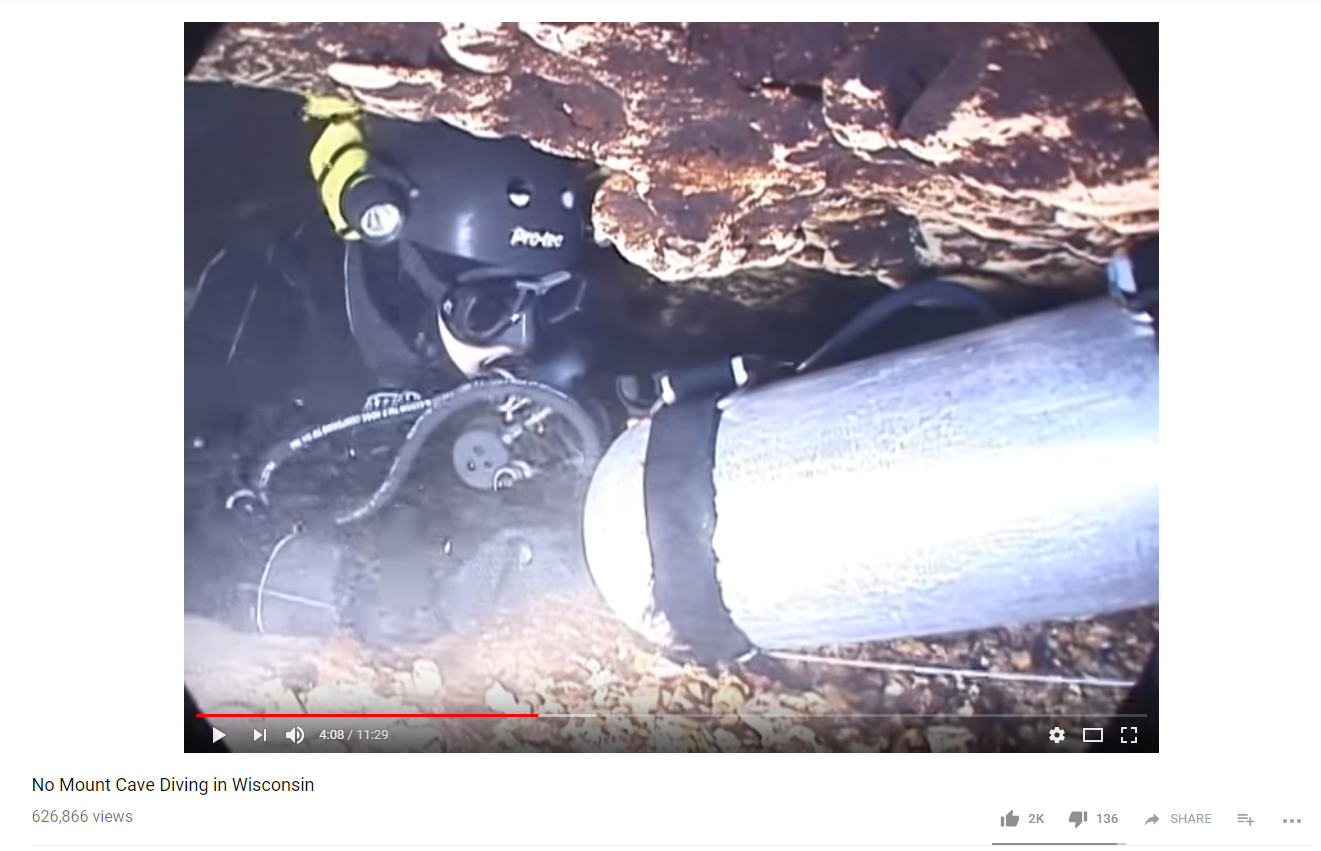 Clues from the video

There’s a lot you can pick up by pausing the video and taking a look at the surroundings. Are there any business or street signs, and does the language in them match up to where the uploader says it is?

Does the video have any markings or watermarks that might indicate the original source? These may be TV stations or websites in other countries and it’s worth searching those names online to find out. Has it been cropped in an odd way, or put in black and white to obscure a watermark or make it harder to see what’s happening and who is involved?

For example, if the video shows police, what language are their jacket markings in? Google have a translation tool which automatically detects the language you input.

Here’s one example of a video that purports to be a “Syrian Refugees destroying property in Germany”. The video was published in 2015, and the caption reads: “This just happened within the last 24 hours”.

First of all, the video is pretty blurry. Low quality doesn’t always mean a video isn’t what it says it is, but it’s another clue to consider. Smartphones are almost ubiquitous these days—if a video is blurry it may be a video of a screen or older than its title suggests. These things could indicate the person who posted it was not who filmed it, so may not know the full story of what was happening.

But how do we know for sure whether a video is what it says it is? If the video is on YouTube, you can use Amnesty International’s free Youtube DataViewer tool. It chooses a few different screenshots from the video and automatically lines them up to be reverse Google image searched.

If the video isn’t on YouTube, you can do a manual version of the above by saving a screenshot of an exciting-looking part of the clip. Once you’ve saved the screenshot as an image, go to Google’s image search and click the camera icon to “search by image”. Then you can upload the screenshot and Google will show you if it has appeared online before. We go into detail about reverse image searching in our guide to verifying images.

But back to business, let’s plug the “Syrian Refugees destroying property in Germany” video’s URL into the Amnesty tool. 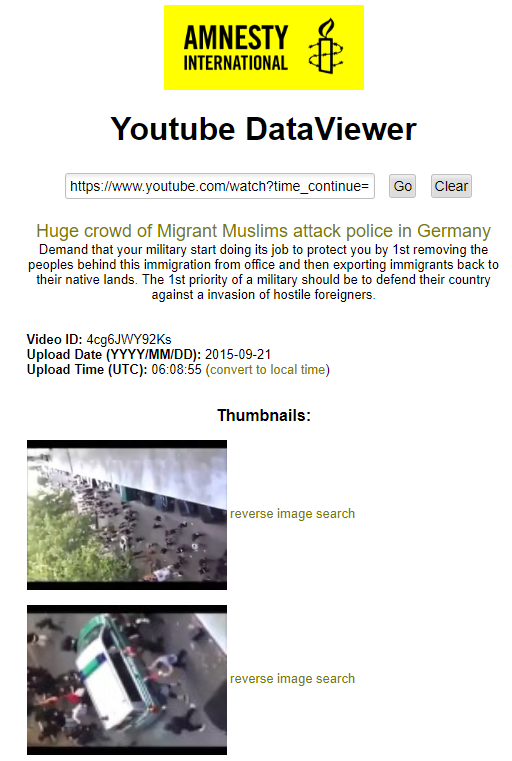 When we hit ‘reverse image search’ on several of the generated screenshots, we come across a Dutch blog post from 2015 debunking the video, which you probably wouldn’t have found otherwise if you were searching in English.

Some Google translating leads us to an identical video uploaded four years before the one we’re checking, but now the title says it was during an anti-war demonstration in 2011. It’s easy enough to find German news reports of large violent protests around that time in Dortmund, Germany.

This isn’t a perfect tool—it often requires additional sleuthing to get to the bottom of where the video comes from.

We can’t be sure exactly who makes up the crowd in this clip, but we’ve found more than enough evidence that this video wasn’t filmed in “the last 24 hours” as the reposted version said, and probably isn’t of Syrian refugees destroying property as the title would suggest.

Full Fact's aim is to improve the standards of public debate for everyone. Please support our work and become a regular donor today.

How to spot misleading poll figures

RPI explained: how the government’s choice of inflation measure can make you better or worse off