When headlines aren’t quite as they seem

Headlines are the first thing, and sometimes the only thing, we read about a story when we look at a web page or newspaper.

It is crucial that headlines are accurate, and reflect the story they want to tell. IPSO, the biggest press regulator in the UK, agrees with that and lists accurate content, including headlines, as the first requirement in its Code of Practice.

We want to make sure that when it comes to headlines, what you see is what you get.

A claim in The Sun

We factchecked a widely reported claim which said that one third of millennials would rent for their whole lives. This was based on research done by the Resolution Foundation.

Last week we noticed an article about the same research in The Sun online, which didn’t look quite right. 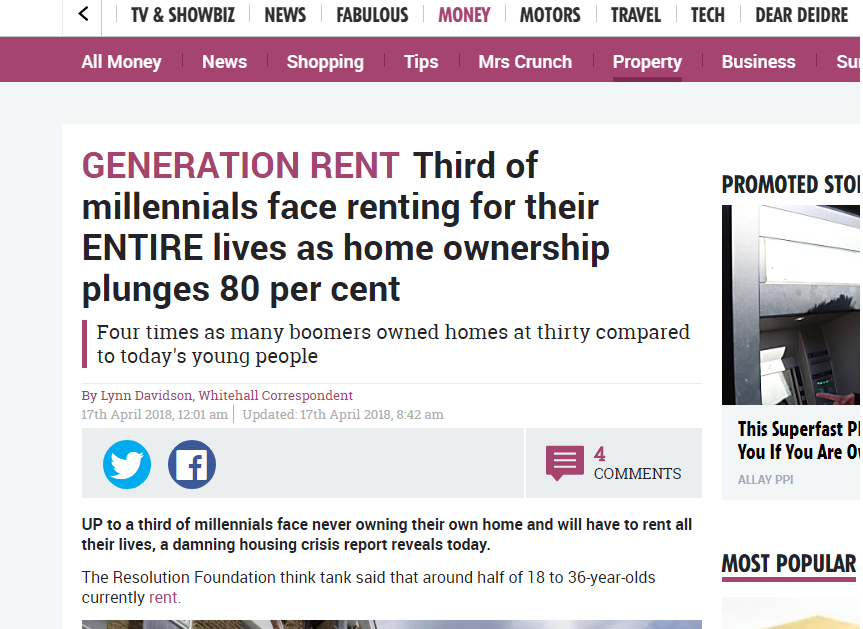 The first part of the headline reports on the Resolution Foundation’s projection that a ‘third of millennials face renting for their entire lives…’.

It was the second part of the sentence that didn’t look right: ‘…as home ownership plunges 80%’. This had not been part of the research reported on, and it wasn’t explained anywhere in The Sun article. We couldn’t find any evidence to back it up.

On closer inspection, we also noticed the subheading was wrong – it said ‘four times as many boomers owned their own homes at thirty compared to today’s young people’. What the Resolution Foundation actually say is that four times as many millennials are privately renting, compared to baby boomers.

The problem is that if you just invert the figure to explain levels of home ownership (as in the subheading) you don’t take into account those people in social housing, which is missing out an important part of the picture.

The Resolution Foundation makes clear that the rise in private rentals 'reflects the fact that, compared to their predecessors, millennials’ access to social housing has fallen as fast as their home ownership rates.'

We contacted The Sun through their complaints process and asked them to correct the piece. They responded quickly, and within two days the headline and subheading had been corrected in the online version, and the third paragraph had been amended to clarify that renting referred to ‘private renting’ only. They also included a notice on the article to explain what had been corrected.

They told us the errors were not in the print version of the article, and had been added when it was published online. 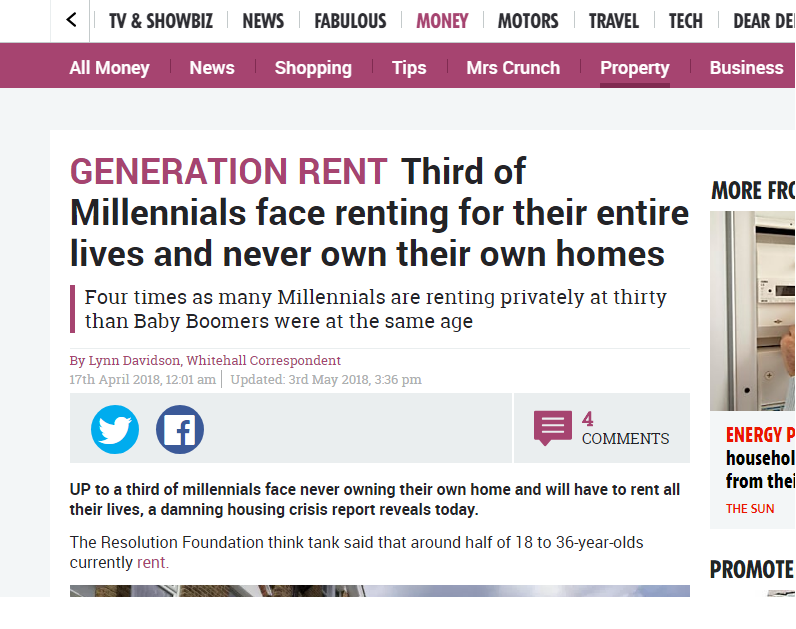 We’re grateful to The Sun for their quick and full response, and pleased that the correction has been signposted openly.

We’ll keep working to make sure the stories you see in the news are accurate, and will continue to update our blog and let you know about our corrections.

Please support our work by setting up a regular donation today.

Full Fact puts Claims and Conclusions under the spotlight

How did Full Fact help secure the publication of housing and immigration data?