10 claims from the 7-way leaders' debate

1. "We have cut the deficit in half. We need to clear the rest of it. We can do that if we stick to the plan." - David Cameron 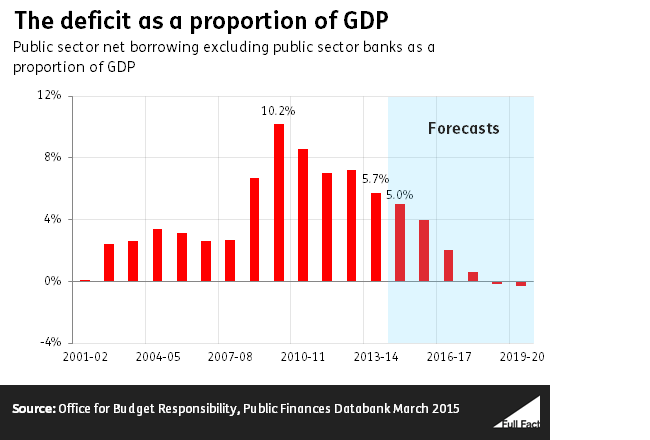 But in cash terms, the deficit is only down by about two fifths. 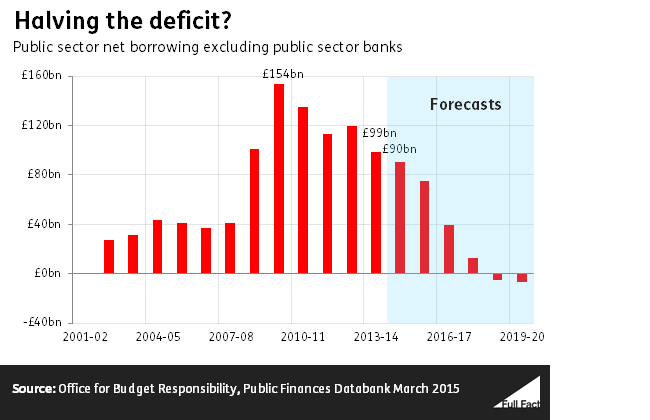 2. Nigel Farage said the debt has doubled. The debt has risen, but not quite that much. 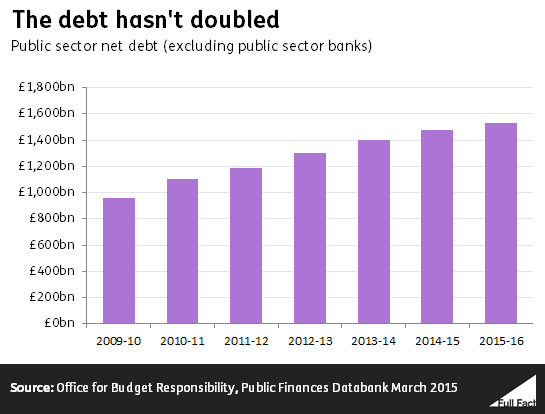 People waited more than four hours to be seen in A&E on 1.2 million occasions in 2014. That may not be 1.2 million separate people - it may well have happened to some poor souls on more than one occasion.

It's a record high.

Then again, waits of less than four hours were at a record high too. That's because there are record numbers going to A&E. 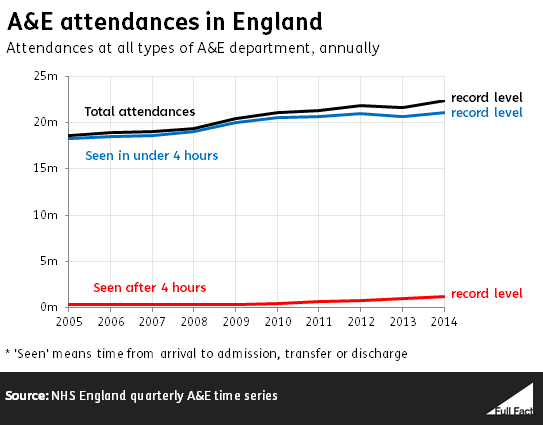 People are waiting longer in A&E. The typical person waits about 2 hours and 15 minutes, compared to around 2 hours before the election.

But "unqualified teachers" include some student teachers and teachers that are already qualified in another country — even Scotland.

5. "If we want to make sure that our own youngsters get the jobs… we've got to train them up. Over the last five years we've got two million more people starting apprenticeships." - Nick Clegg

Not necessarily. The biggest increase was for those over 25, who made up 40% of new apprentices since 2010. 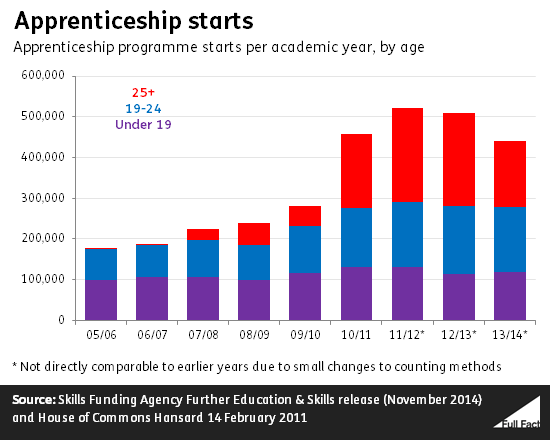 Cameron did mention - rightly - that 1.9 million more people are in work since the election, but rounded it to 2 million through most of the debate. That's rounding up enough people to fill Wembley Stadium.

7. "1 in 5 people are estimated to be earning below the living wage." - Natalie Bennett

It's true. Analysis of average hourly earnings, carried out by the Office for National Statistics in response to a Freedom of Information request, shows that roughly 20% of people were earning less than the living wage in 2013.

In David Cameron's constituency, Witney, 16% of people were earning below the living wage. In Doncaster North, Ed Miliband's, the figure was 25%.

8. "Scots have paid more tax per head for the last 34 years." - Nicola Sturgeon

SNP leader Nicola Sturgeon said that Scottish people had paid more tax per person than the rest of the UK last year — and for the last 34 years too.

This depends on how you treat North Sea Oil, and there isn't a single agreed way of doing this. When we measure the UK economy, we usually fudge this by saying that North Sea Oil isn't from any of the four countries.

Divide the oil revenues by geography and Scotland generates more tax, but divide them by population and it's slightly less. More here.

The population of Wales is about 3.1 million people, so to bring spending per person in Wales to the level of Scotland would take about £1.1 billion.

In the other regions, Northern Ireland gets a generous £11,000 per person, and England comes in last at just £8,700 per person.

One house every seven minutes means about 75,000 houses a year. So is this what we need to house immigrants? Possibly, but there are many things about this that are uncertain.

We wouldn't expect every immigrant to need a house each; some will live together. Best estimates suggest about 300,000 more immigrants come in than emigrants go out each year. If 75,000 homes is the 'need' then you're assuming four immigrants to a house. It also depends on other important assumptions, such as about how long immigrants stay for. We've been looking and we're still looking but we haven't yet seen any evidence to support such an exact figure.

Immigration is also notoriously difficult to measure, and predicting how this will look in future years is even harder.