Employment: Can you trust employment statistics?

Week after week, we hear the government repeating the now-familiar claims that more people are in work, the employment rate is at a record high, and unemployment is at its lowest level since the 1970s.

It has become one of the Conservatives’ go-to messages about their record in government, used to indicate the health of the jobs market.

Except many people don’t think it shows that at all. They argue the employment figures, published monthly by the Office for National Statistics (ONS), are meaningless, or even fiddled , because just one hour of work a week counts as employment.

Beyond this, many feel that the rosy headline figures conceal a murkier reality: that work is being spread more thinly, more people work in unstable “zero-hours” contract jobs, and work is increasingly of a lower quality and worse paid than it used to be.

Some of these criticisms are more valid than others, but together they all point to a wider issue of fundamental importance—there is a great degree of mistrust in employment statistics.

One survey shows that 73% of people think that the Office for National Statistics’ figures are free from political interference. But when it comes to employment statistics that figure drops to 50%. 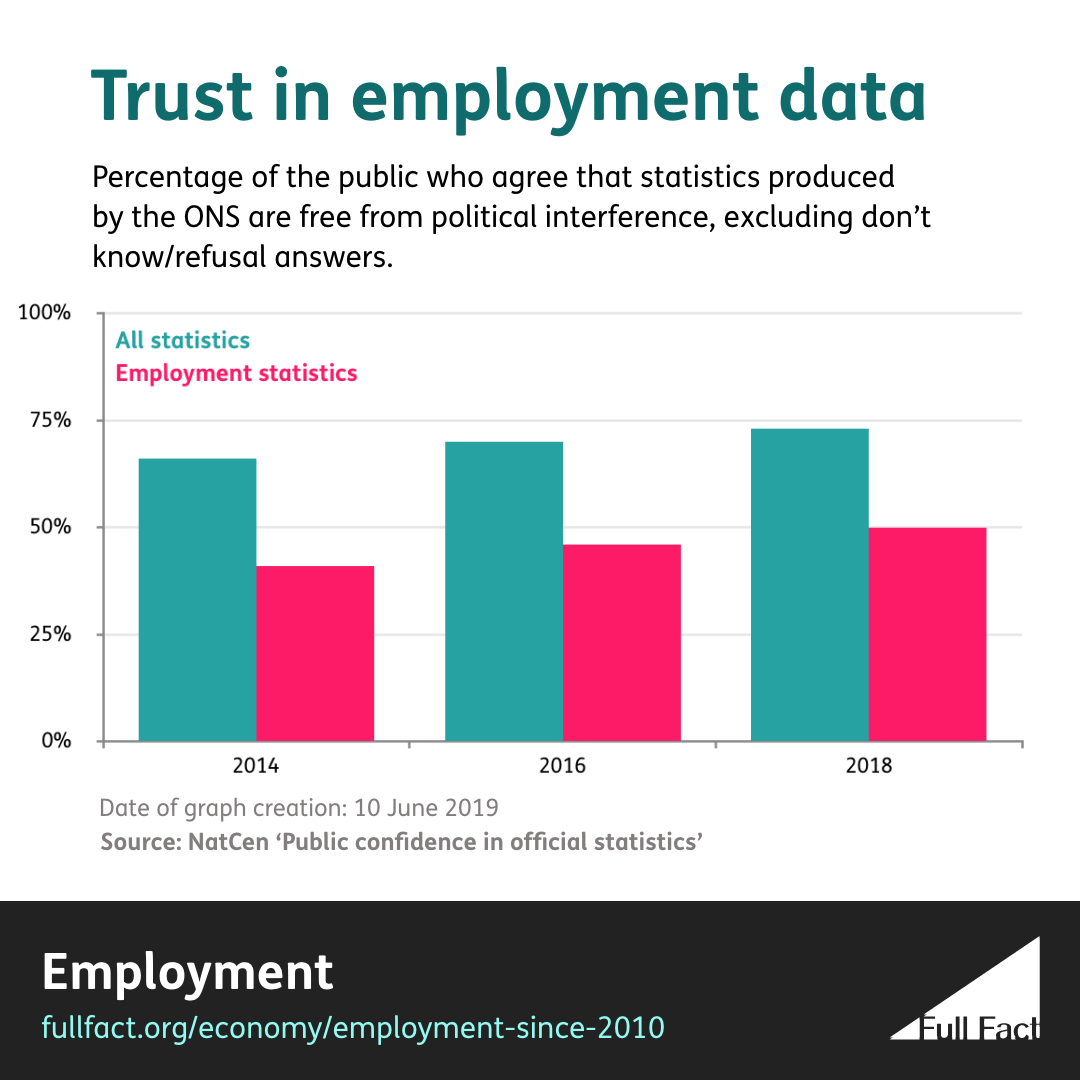 To understand the health of the labour market, and give people a more meaningful insight, we need to do better than just looking at the validity of headline claims about record employment.

In response, we’ve put together a series of articles on employment statistics that cover these critiques one-by-one and try and answer these key questions.

Of course analysing this issue statistically has its limits. Whether average wages have gone up or down at a national level means very little to an individual whose wages may have gone in the opposite direction. There are many ways that the jobs market could be failing some people, or benefitting others, that won’t be captured in these headline figures.

We still think statistics have their place, but that currently employment figures are used selectively, by both sides, to back up their pre-existing points of view. The health of the jobs market is rarely properly interrogated in public debate, and that needs to change.

But if people don’t trust the basic numbers, it’s even harder for that debate to happen. This lack of trust deserves to be taken seriously, and given clear answers—which is what we’re going to try and do here.