A girl called Alice was kidnapped when out walking with her family and authorities need help identifying the suspect from a video.

This is a scam webpage to harvest Facebook login details, which the site asks for to view the video of the “suspect”. This is not a genuine missing person case.

A link to a website being shared on Facebook claims that a little girl called Alice has been kidnapped and asks readers if they recognise the suspect caught on video. This is not a genuine case, but a scam which demands readers’ Facebook logins to view the video.

There are a number of different versions of the website, claiming the girl was taken from Scunthorpe, Bradford, London, Liverpool and Nuneaton, amongst others.

The page, which has been made to look like a news website, claims an eight-year-old girl named Alice went missing on a walk with her family on 29 July 2021.

But the picture of ‘Alice’ used at the top of the page is that of an eight-year-old girl, who disappeared in France and was found safe in Switzerland in April 2021. She is not called Alice. 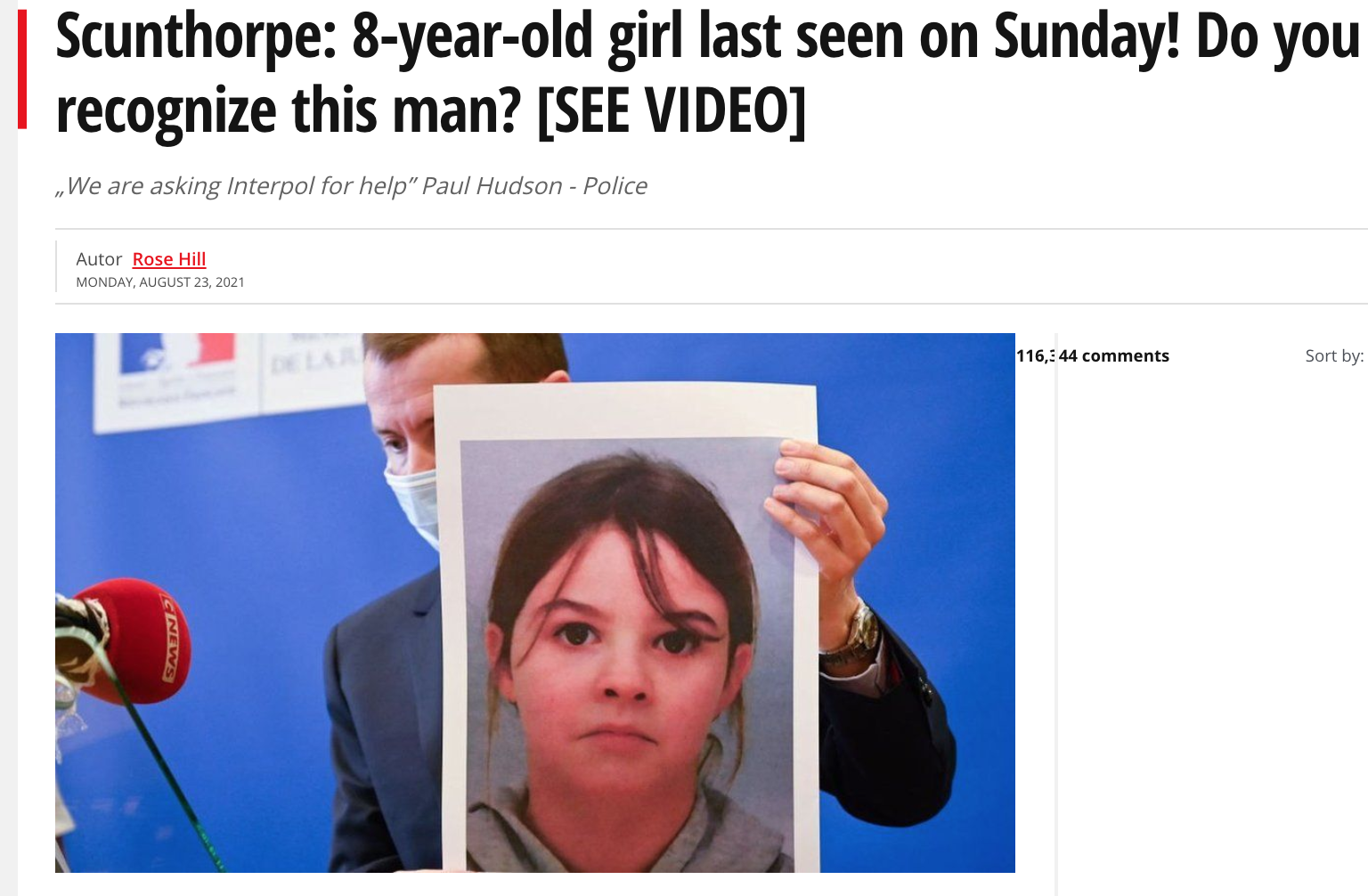 The website also contains a video, which it claims shows a suspect in the case, and says “we hope that there will be someone who will recognise the abductor from the recording.”

But when you scroll down to the video, it says it “contains drastic scenes” and to view it, you need to confirm your age and log in via Facebook.

This is almost certainly a scam to harvest Facebook login data. You should not enter your personal details, including Facebook login information, to these websites.

There are a number of clues that the website isn’t legitimate. The text contains numerous spelling and grammar mistakes and links to the site’s other ‘sections’, such as “Football” and “Politics” do not work. The page’s URL is not that of a recognised media organisation, but a random combination of numbers and letters.

This article is part of our work fact checking potentially false pictures, videos and stories on Facebook. You can read more about this—and find out how to report Facebook content—here. For the purposes of that scheme, we’ve rated this claim as false because the girl is not missing and the website is asking for Facebook login details illegitimately.