The nurses that Boris Johnson claimed saved his life are not registered in the UK.

This is incorrect. We found both nurses on the register.

A Facebook post claiming that two of the nurses who treated Prime Minister Boris Johnson for coronavirus are not registered in the UK has been shared hundreds of times on Facebook.

However, this claim is incorrect.

Nurses Jenny McGee and Luis Pitarma were singled out and thanked in a video by Boris Johnson after he left St Thomas’ hospital following his treatment. However, following the message both nurses were accused of not being real frontline workers.

The claim that nurse Jenny McGee does not appear on the Nursing and Midwifery Council register is false—a Jennifer McGee registered in South East London is on the list. The post also suggests that as she does not seem to be the same Jennifer McGee who appears on the Nursing Council of New Zealand’s register that this casts doubt on whether she is a real nurse. 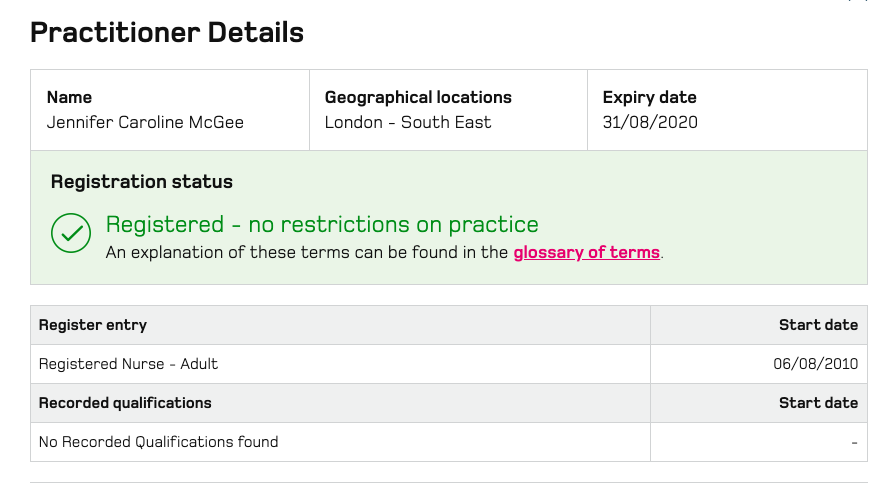 The claim that Luis Pitarma does not appear on the Nursing and Midwifery Council register is also false. He doesn’t appear initially if you only search the name Luis Pitarma, but if you search for his full name then he does appear and the register shows that he is registered in South East London. 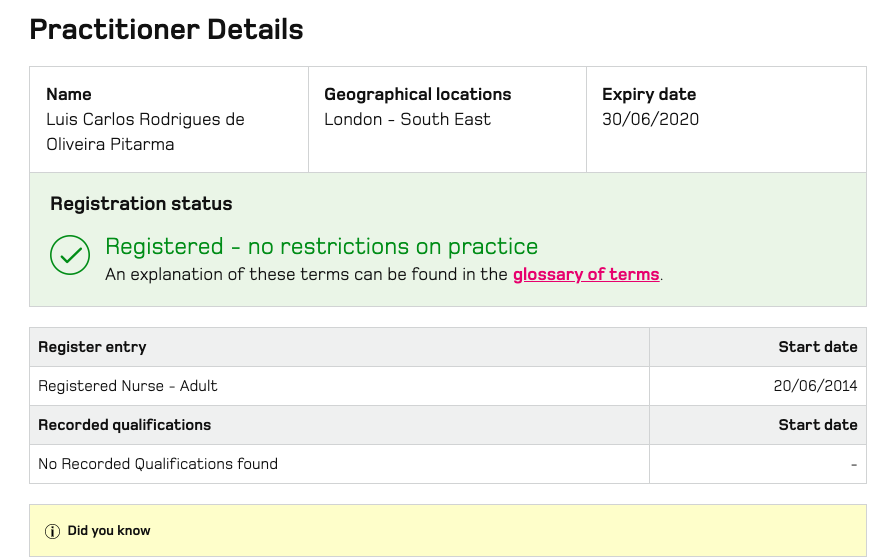 This article is part of our work fact checking potentially false pictures, videos and stories on Facebook. You can read more about this—and find out how to report Facebook content—here. For the purposes of that scheme, we’ve rated this claim as false because both nurses are registered in the UK.