More trade for business — 200,000 UK businesses trade with EU countries and it's home to almost half our exports 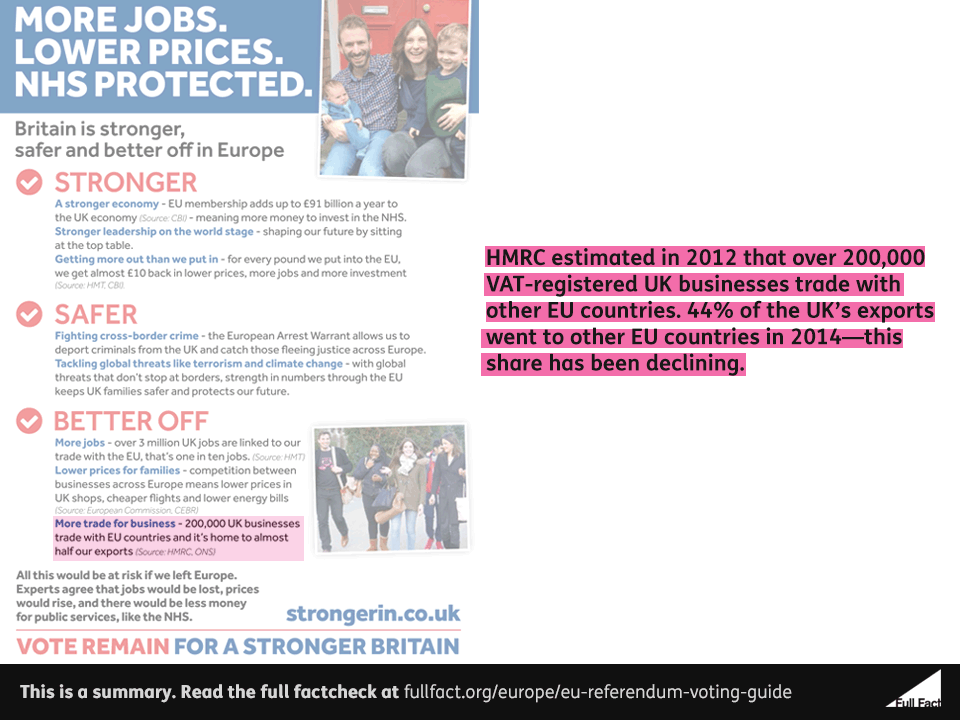 Both the Office for National Statistics and the government's review of our EU membership have concluded that it's hard to quantify the extent of this ‘Rotterdam effect’ or establish whether it's a serious problem for the statistics. That said, the ONS have estimated that it may account for around 2% of all exported goods and services to the EU.

We added that the share of UK exports to other EU countries has been declining "since the 2000s", to make it clear when the share started to decline.