“We will introduce the first new Mental Health Bill for 30 years, to put parity of esteem at the heart of treatment and end the stigma of mental illness once and for all.”

“What we also see is that those people who... have done the right thing and saved through their lives [for adult social care], and are worried that savings will dwindle to nothing, we’re quadrupling the threshold at which assets will be protected to that £100,000.”

“It is right that we want to bring net migration to sustainable levels ... because of the impact that uncontrolled migration has on people … it puts pressures on public services.”

“It is right that we want to bring net migration to sustainable levels... because of the impact that uncontrolled migration has on people, particularly at the lower end of the income scale, because it can hold down people’s wages, it can mean a displacement of jobs…”

"Now, what we see as a result of the changes that have been made, in relation to the basic state pension, [is] an increase of £1,250 per year."

“I was working on this [immigration target] for six years as Home Secretary and we saw the figures start to come down and then they went up again and now they’ve started to come down again.” 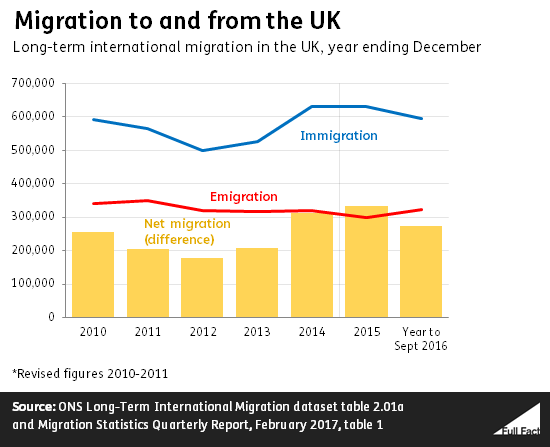 “Since 2010, 2.9 million jobs have been created. We see employment at record levels. Employment [is] higher now than since records began. And unemployment lower than it's been since the mid 1970s.”