Why is the Nuremberg Code being used to oppose Covid-19 vaccines?

As the UK Covid-19 vaccine roll out has gathered pace, and the use of “vaccine passports” continue to be debated, an increasing number of social media users are voicing their opposition to these moves and claiming they are an infringement of their rights under the Nuremberg Code.

The Nuremberg Code is a set of ethical research principles, developed in the wake of Nazi atrocities—specifically the inhumane and often fatal experimentation on human subjects without consent—during World War Two.

We spoke to experts in medical ethics, healthcare law and social epidemiology about the Nuremberg Code and whether its principles are applicable to the current vaccine roll out or vaccine passports. We also discussed whether the code is legally binding and the darker links the claims seem to draw between the current pandemic and the Nazi era. 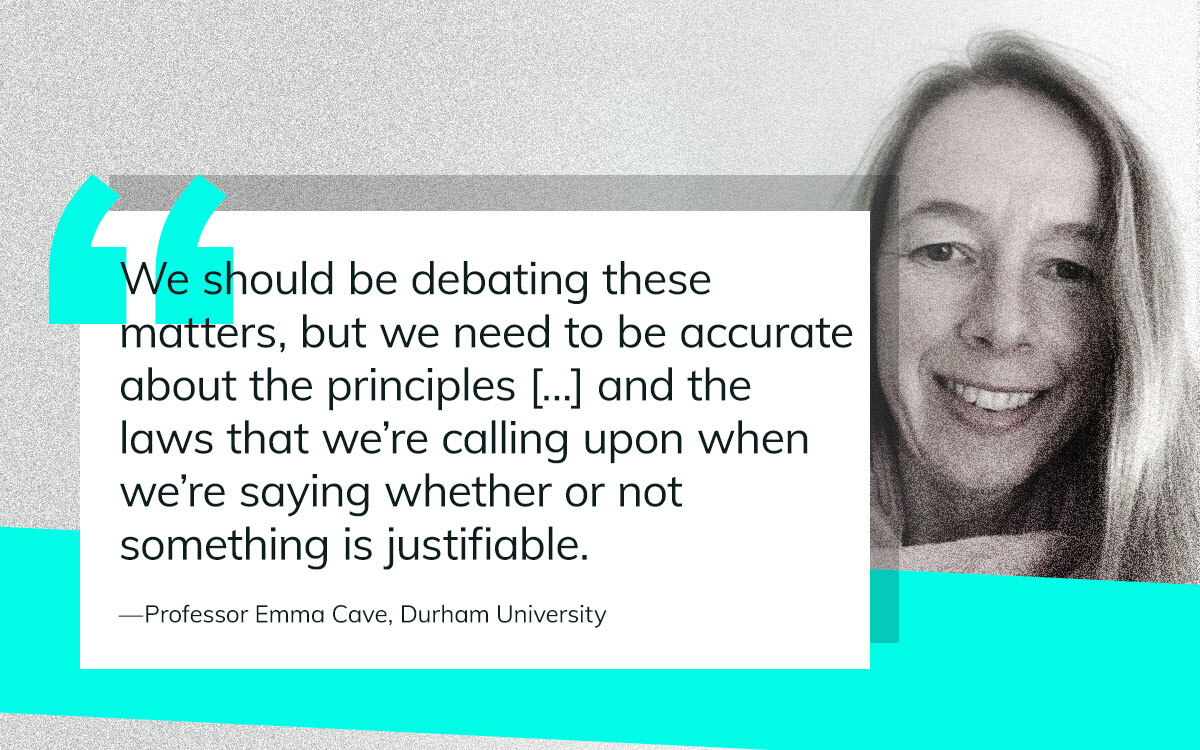 What is the Nuremberg Code?

The Nuremberg Code was created in 1947 in Nuremberg, Germany, following the trial of a group of Nazi doctors accused of conducting inhumane and often deadly experiments on prisoners of concentration camps without their consent. At the conclusion of what’s also referred to as ‘The Doctors Trial’, 16 people were found guilty.

The Nuremberg Code was developed in response to the horrors of this experimentation, with the aim of protecting human subjects in medical research. The Code, and particularly its emphasis on informed consent, has had a profound impact on international human rights law and medical ethics.

The Nuremberg Code consists of 10 principles, the first of which being that the voluntary consent of the human subject is absolutely essential in any experiment on humans.

The Nuremberg Code and Covid-19 vaccines

We have seen several examples of posts on social media claiming that Covid-19 vaccines violate the Nuremberg Code because they are somehow “experimental” and, as people receiving the vaccines are not made aware of this, they are unable to give their informed consent.

This claim that the Covid-19 vaccines are experimental is simply not true, and something we have corrected multiple times. The three Covid vaccines currently given temporary authorisation for use in the UK have been shown to be safe and effective in large scale clinical trials.

Dr Alexis Paton, lecturer in social epidemiology and the sociology of health at Aston University, Birmingham, told Full Fact that the Nuremberg Code is “very specifically about experimentation” and so although its principles would be applicable when discussing clinical vaccine trials, it is no longer relevant once a vaccine has been authorised.

She said: “The Nuremberg Code is about the active experimentation on humans, for the most part during some sort of clinical trial of some description. So when we talk about Pfizer or AstraZeneca [vaccines], we’re out of the auspices of the Nuremberg Code because this is a product that has been trialled, with appropriate ethics in place, and has been approved and is now in production and being used globally.”

Informed consent is still required for those receiving the Covid-19 or any other vaccine. But Professor Emma Cave, professor of healthcare law at Durham University, explained that the need for this does not come from the Nuremberg Code.

She said: “The Nuremberg Code relates to research, where the emphasis of informed consent requirements is on preventing the research participants from being used as a means to an end.

Arguments that the vaccines are experimental usually hinge on the fact that data is being collected on any side effects in recipients, although it is normal that authorities continue to monitor the safety of all vaccines once they are approved. Data on the long term protection and safety of the Covid-19 will continue to be collected over the coming years.

Dr Julian Sheather, special advisor in ethics and human rights to the British Medical Association, told Full Fact it would be “impossible” and “unethical” to roll out any medical intervention without collecting data on it.

“It’s true of all drugs. The same would be true of something like [the anti-depressant] Prozac. There will still be people out there gathering data. Are we going to say that every single drug in circulation is an experiment?”

Other claims about the ‘experimental’ nature of the vaccines hinge on the fact they were given temporary authorisation to allow them to be distributed faster (although the vaccines still went through extensive clinical testing) and the fact the vaccines were developed so quickly (thanks in part to extra funding made available and ongoing work from before the pandemic). 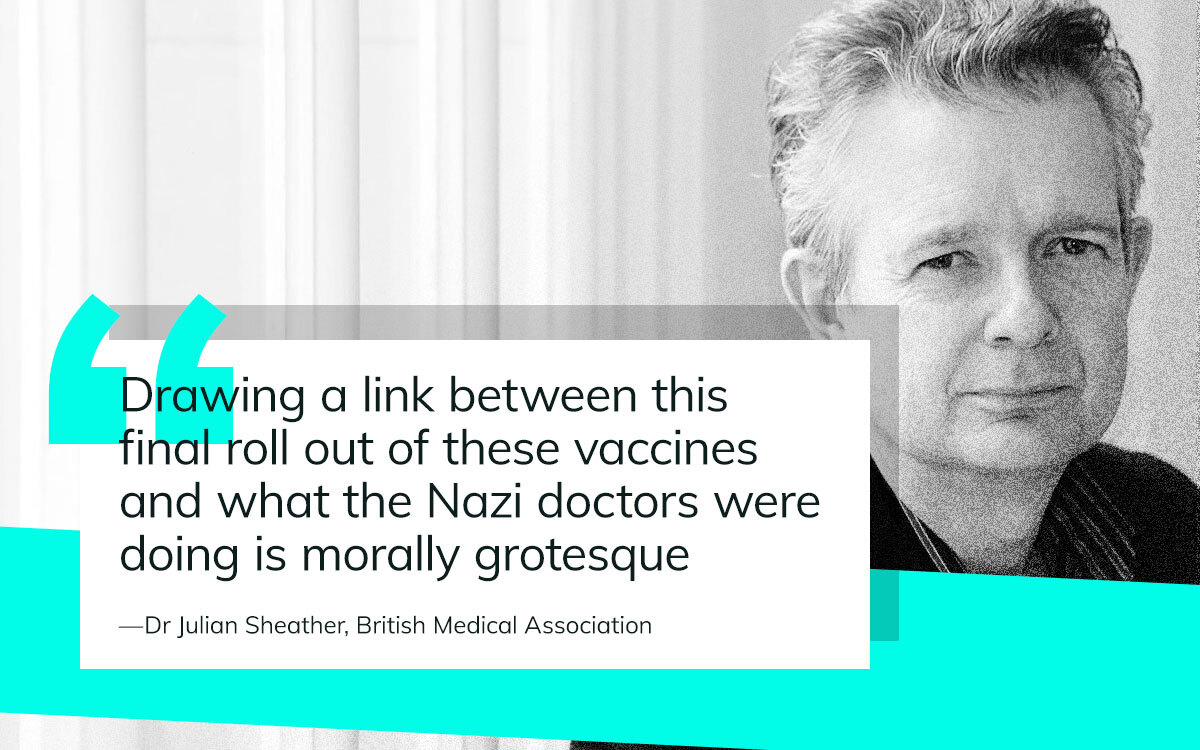 The Nuremberg Code and vaccine passports

At the time of writing, the government has said that people who have had both doses of the vaccine can use the NHS app (separate to the NHS Covid-19 app) to demonstrate proof of vaccination when travelling to another country, if the country requires it. No other firm plans for ‘vaccine passports’ to gain access to certain places or events within the UK have been confirmed by the government, but discussion of their potential use has proved controversial.

A number of posts on social media have claimed that vaccine passports are a violation of the Nuremberg Code, on the grounds that if you have to have a vaccine in order to do something like travel or work, you are not actually consenting but are being forced.

Professor Cave said the Nuremberg Code was not relevant to vaccine passports. “You could still say it’s unethical or it’s problematic, but not by focusing on the Nuremberg Code. It’s not an experimental product in that context.

“If restrictions are applied in relation to those who haven’t been vaccinated against Covid, consideration needs to be taken of the potential impact on people’s ability to choose freely and on the possibility that such a policy might discriminate against some groups within society.

Dr Paton told Full Fact: “The Nuremberg Code is all about experimental subjects’ rights and the responsibilities of those doing the experiment. A vaccine passport is a policy document.

“It’s not unprecedented either. For example, anyone who has ever travelled to a lot of the countries in Africa knows that you won’t be granted a visa if you don’t have proof of a Yellow Fever vaccination. But that’s not experimentation. That has nothing to do with us being human subjects of a trial of any kind. It’s about the government and politics.”

Is following the Nuremberg Code a legal requirement?

Although the Nuremberg Code is not relevant in the case of the current vaccine roll out or vaccine passports, there is still the question of whether a government could be forced by law, to halt or alter its vaccine programme if it is found to be in violation of the Code’s principles.

“But it is really important because it’s a blueprint for many of today’s legal and ethical standards, internationally and nationally [...] the Nuremberg Code isn’t legally enforceable in itself, but its legacy has changed the way research is conducted and safeguarded to protect the human rights of research participants.”

We’ve seen multiple claims that various groups are attempting to take legal action using the Nuremberg Code over vaccination. Some international claims about this have already been fact checked. One is that a complaint has been filed with the International Criminal Court against the Israeli government, arguing that its vaccination programme is in violation of the Nuremberg Code, although Reuters has recently disproved claims that the court has “accepted” this allegation. Similarly, reports that a Canadian court ruled that anyone who tries to force someone to be vaccinated can be prosecuted under the Nuremberg Code have been debunked. 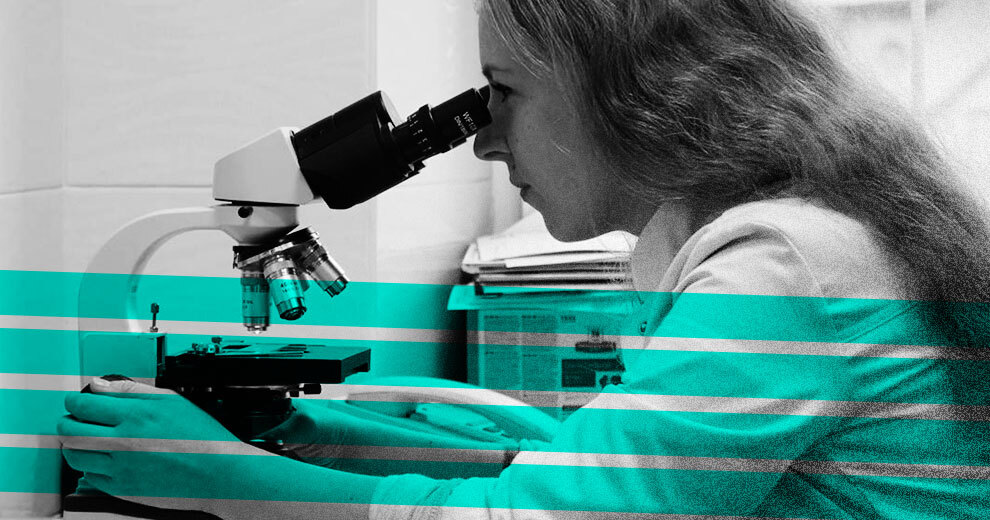 It is important to note that the Nuremberg Code is not the only set of ethical guidelines for human experimentation. For example, social media users could have drawn on the more recent Declaration of Helsinki (adopted in 1964, last updated 2013), UNESCO’s Universal Declaration on Bioethics and Human Rights (2005) or the International Ethical Guidelines for Health-Related Research Involving Humans (fourth version published 2016) to make similar (albeit also incorrect) claims.

But what is specific to the Nuremberg Code is the direct association with the atrocities committed by the Nazis during World War Two, and the emotional response this triggers. Although the social media posts don’t explicitly say it, by evoking the Nuremberg Code to talk about the Covid-19 pandemic, they link the horrors of concentration camps to the current vaccine roll out.

Misinformation thrives when feelings are manipulated in this way, as claims which create an emotional response are most likely to be shared.

The Nuremberg Code would only be relevant at the research trial stage of a vaccine’s development, not its roll out to the general public. But even then, experts told us they felt it would not be an appropriate link to draw.

Dr Paton said: “I think it really does a disservice to people who volunteered to be part of the Covid-19 trials. The Nuremberg Code was developed because of really truly horrific atrocities that we found humans can inflict on other humans.

“And to compare volunteers who want to help develop a vaccine, where the risks have been mitigated and they are being closely monitored, with the decisions of Nazi doctors to perform experiments on humans without anaesthetic, without safety, without regard for whether the human subject lived or died, I think is really inappropriate.”

Dr Sheather added: “It’s terrible bad faith, to be honest with you. Because the Nuremberg trials were investigations into the most brutal forms of medical violation of human beings in the name of some form of research. These research subjects were tested to death and destruction.

“Drawing a link between this final roll out of these vaccines and what the Nazi doctors were doing is morally grotesque.”

It’s right that medical ethics should be highly scrutinised, especially in cases like the Covid-19 vaccine roll-out where the process has been accelerated. However, it’s important not to mix up the atrocities of the past with current debates about medicine and policy.