The American economy is growing fast.

US GDP grew 2.3% in real terms in 2017, according to the IMF. That’s faster than the UK but slower than the EU. The IMF expects US growth to slow slightly in the coming years. 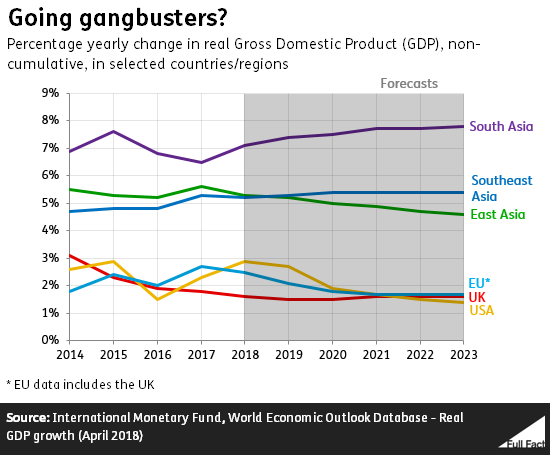 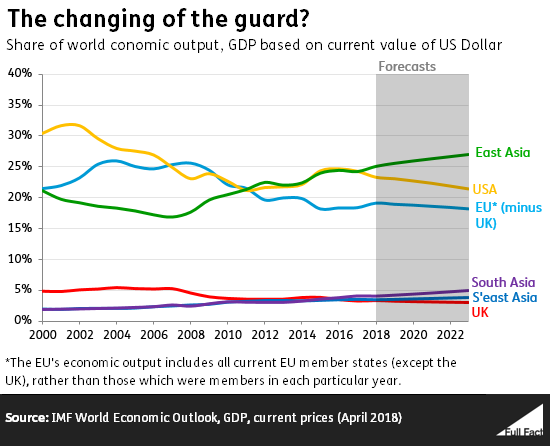