Scotland gets 20% more per head because of money that comes from England under the Barnett formula.

It’s correct that spending on public services in Scotland is 20% higher per head than in England. But this money comes from the block grant from the UK Treasury, rather than from England specifically. An increasing proportion of the Scottish government’s budget also comes from taxes it raises. 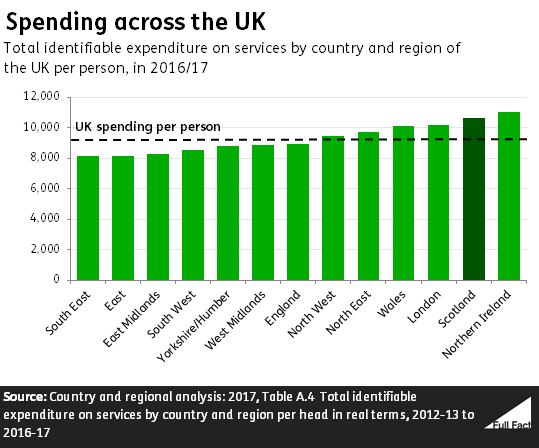 We originally said in our conclusion that the claim was correct. We’ve clarified that the figures are correct, but the money doesn’t come from “England” but the UK as a whole.