“The effects of Brexit are already being felt. The value of the pound has plummeted. Inflation has risen. Growth in the economy has slowed and the government is already borrowing billions more to fill the gap in lost tax revenue”

“The Conservatives want to take us back 50 years, to an outdated system of grammar schools and secondary moderns, ignoring all the research and expert advice that show it will damage the life chances of so many children.”

“Air pollution in the UK is a killer. It contributes to 40,000 premature deaths a year and costs the NHS £15 billion.”

The number of premature deaths each year in which outdoor air pollution is a contributory factor is generally (although not universally) agreed to be around 40,000. As we’ve pointed out previously, that doesn’t mean that this number of people actually die prematurely every year because of air pollution, as it’s not the sole cause of deaths. Decreasing air pollution won’t prevent deaths, but it will increase longevity.

The cost to human health

We also checked the same claim in the Green party manifesto.

Costs to the NHS and the economy

“House prices are high across the country – even where houses are available to buy, they are often unaffordable for first-time buyers. In many areas, the rental market has also become unaffordable.” 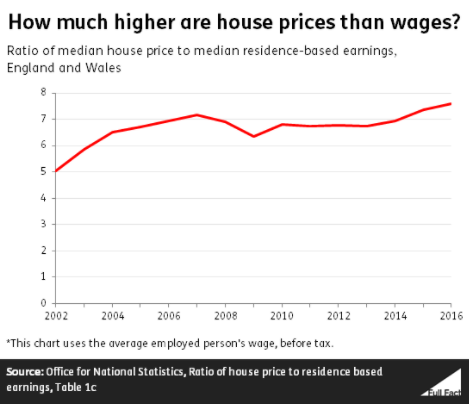