Boris Johnson’s address on 4 January was filmed before 8pm and not live as claimed, and you can tell from the time on his watch.

His watch showed it was 8pm and the address was live.

We have seen a number of posts on Facebook claiming that the Prime Minister’s televised address on 4 January 2021, in which he announced an England-wide lockdown, was not filmed live at 8pm. These posts have been shared over 1,500 times in total.

Users are pointing at the Prime Minister’s watch as evidence that the broadcast was not live, with some users claiming his watch reads 12:35. This seems to stem from confusion about the fact that Mr Johnson’s watch appears upside down to the viewer, as he is wearing it the right way up on his left hand.

As you can see from the image below, where we have flipped a partial screenshot of the footage, his watch clearly reads about 8pm, which is when the address was broadcast. 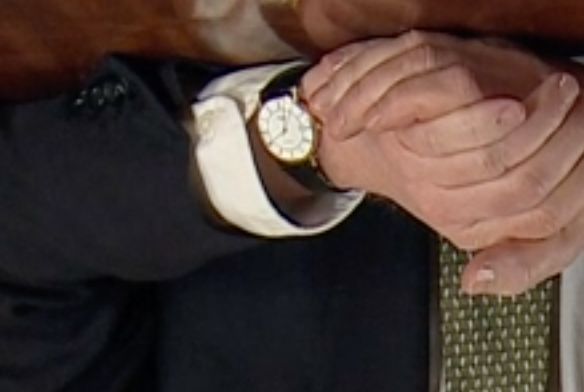 You can read the full extent of the new rules announced on 4 January in England here.

This article is part of our work fact checking potentially false pictures, videos and stories on Facebook. You can read more about this—and find out how to report Facebook content—here. For the purposes of that scheme, we’ve rated this claim as false because his watch shows the time as 8pm which is when the live broadcast went out.