Since the Conservatives came into government in 2010, they have delivered more affordable homes than Labour did in its last seven years in office.

“Since we came into office in 2010, we have delivered more affordable homes than the previous Labour Government did in their last seven years in office.”

This is correct in England, based on government data. The two figures are quite close though—346,000 homes were built in the seven years since 2010, compared to 333,000 in the last seven years of Labour government. 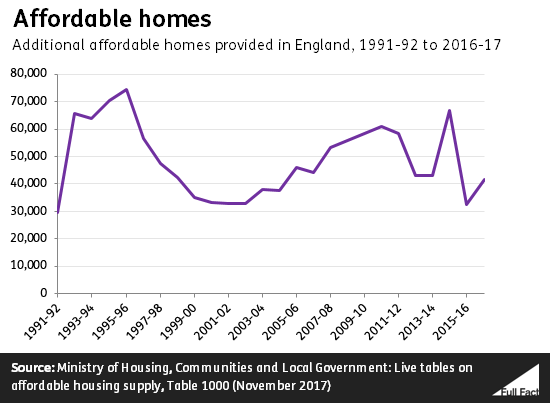 What is an “affordable home”?

“There is no all-encompassing statutory definition of affordable housing in England” according to the House of Commons Library.

The “most commonly referred to” definition was outlined by the government in 2012, and is what underpins the official data we looked at above. It defines affordable housing as:

“Social rented, affordable rented and intermediate housing, provided to eligible households whose needs are not met by the market. Eligibility is determined with regard to local incomes and local house prices.”

“Social rented housing” is “owned by local authorities and private registered providers”. It typically costs 50% of the local market rate.

“Affordable rented housing” was first delivered in 2010/11. It allows housing associations to offer rents at up to 80% of market levels within the local area.

“Intermediate housing” refers to homes for sale and rent, provided at a cost above social rent, but below 80% of local market levels. Some are sold through shared ownership and equity loans. 92% of intermediate housing added since 2003/04 has been for home ownership, rather than rent.

Looking at the same two years, the number of affordable rented homes has risen from around 1,000 to around 25,000. 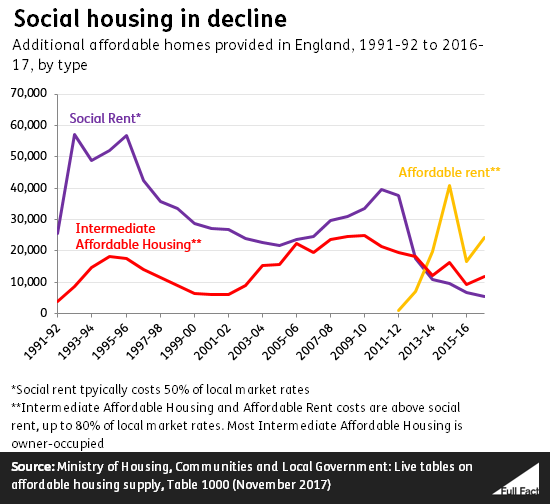 On average, affordable rents are higher than social rents and “target” rents (the Housing Association equivalent of social rents). 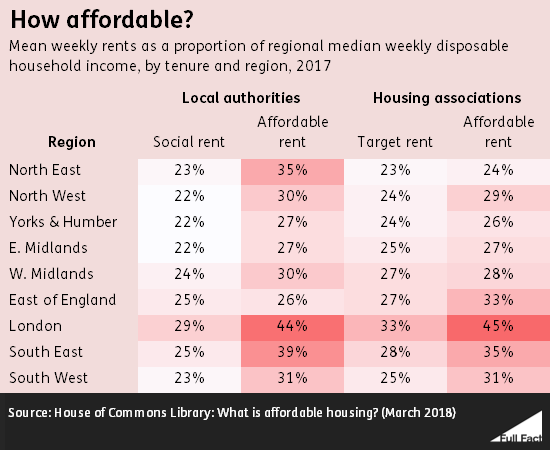