Not quite, the exact fall depends which currency you compare it to. It’s fallen by 12% against the Euro and 5% against the US Dollar since May 2016.

We’ve got the slowest growth in Europe.

The UK had the third-slowest year-on-year GDP growth in the EU, based on the latest figures for July-September 2017. 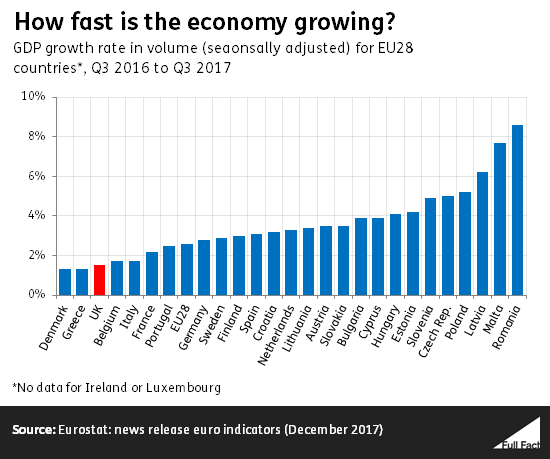 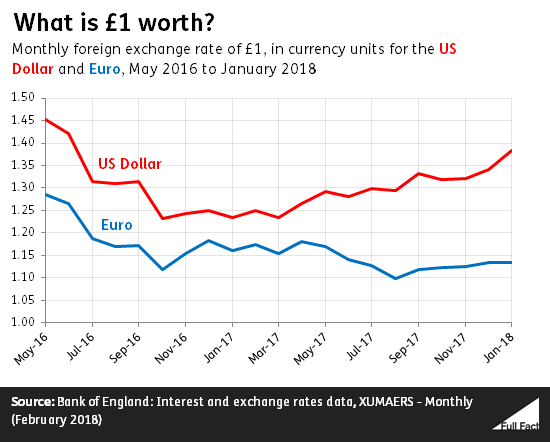