Five ways Full Fact has made a difference this year

1. A question of Brexit

Let's be honest, it’s been a confusing year in British politics. At some point, we’ve all been left wondering what on earth is going on.

Brexit has thrown up new terminology, laws and processes, as well as claims on all sides of the political spectrum about what will and won’t happen.

At Full Fact, we want to make sure you have access to independent and accurate information about what’s been going on. That’s why we asked YOU to #askfullfact.

We received over 250 questions in just a few weeks and, with the help of some trusted Brexit experts, we gave you as many answers as we could. Our explanation of the Irish backstop has already been read over 80,000 times.

We know there’ll be more Brexit claims to check and questions to be answered as we head into 2019, so we’ll be here ready to sort the fact from the fiction.

This year we’ve served millions of readers. Next year we hope to serve many more.

2. A bit of hard graph never hurt anyone

When used well, graphs can be crucial tools in explaining and illustrating trends and figures.

When done poorly, they can confuse, frustrate and mislead the very people they’re meant to inform.

Back in September we factchecked a graph, originally produced by the Economist, which suggested the UK’s regions were far more unequal than in other major countries. We found that the reason for the gulf was down to a statistical quirk of how data is collected in the UK, rather than any real-world finding.

That’s not to say regional inequality wasn’t an issue —  just that the way the data had been presented gave a skewed view of the situation.

When the graph was shared by lots of high-profile people again in November, our fantastic readers immediately pointed others to our factcheck to provide more context in the debate.

Excellent thread from Full Fact setting out truth about regional inequality. No doubt The Economist will correct its misleading chart. https://t.co/feBxnA51ri

The Economist responded in a blog post and pointed their readers towards it, as well as towards our own analysis. We’re grateful to them for engaging with criticism from us and others, and adding constructively to the conversation by giving further context.

The Office for National Statistics regularly publishes data looking at the growth in average weekly earnings across the economy.

During 2018, we factchecked numerous examples of politicians and the media choosing to report on trends in wage growth without explaining what this looked like in real terms, or taking inflation into account.

If you want a more meaningful idea of how wages are changing, you need to take into account how prices are changing at the same time (inflation). What you take home from work is only as useful as what it will buy you.

In November, the Prime Minister incorrectly said that ‘real wages have been growing faster recently than at any time in the past decade’. In fact, it’s nominal pay (which doesn’t account for inflation) that’s growing at the fastest rate since 2008. Real wages are growing at their fastest rate in two years.

We contacted the Prime Minister’s office to point out the error and ask for a correction. The following week, in a similar exchange in Parliament, she instead said that we were seeing ‘the fastest regular wage growth for nearly a decade’.

This is a positive step forward — it’s more accurate than saying ‘real’ wages. But it still doesn’t explain to most people what’s happening to the money they take home every month.

Whether it’s cute photos, shocking videos, hilarious memes, dodgy statistical claims, or questionable poll results, we’re all vulnerable to being misled online. But how do you spot when something doesn’t look right?

To help, we wrote a whole series of ‘How to’ guides, helping you to spot misleading videos, images, headlines, poll results and more.

One example we used was in this viral video from 2012, which showed an eagle flying off with a toddler in Canada. Can you tell what's wrong with it? Read here if you'd like the answer.

If there are any other guides you’d like us to write, let us know at team@fullfact.org.

5. Factchecking for the future

This has been an important year for our automated factchecking work.

We’ve turned our prototypes into products that we couldn’t live without. They help us live factcheck Prime Minister's Questions and BBC Question Time, and track how many times misinformation is repeated and by whom. We’ve made them more robust, scalable, and beautiful.

We’ve built a claim detection model that can read any sentence, and tell you whether or not it contains a claim. This is useful because it can automate a human process and free up staff to do more factchecking and less monitoring.

We’ve got more than 40 factchecking organisations and hundreds of journalists around the world signed up to use our automated factchecking products, and we’re excited about getting as many of them using the tools as possible in 2019.

We don’t know what next year will bring — but, with your help, we’ll put everything we’ve got into making sure you get the facts you deserve.

Become a donor today to keep our small, independent team fighting for better public debate across the UK. 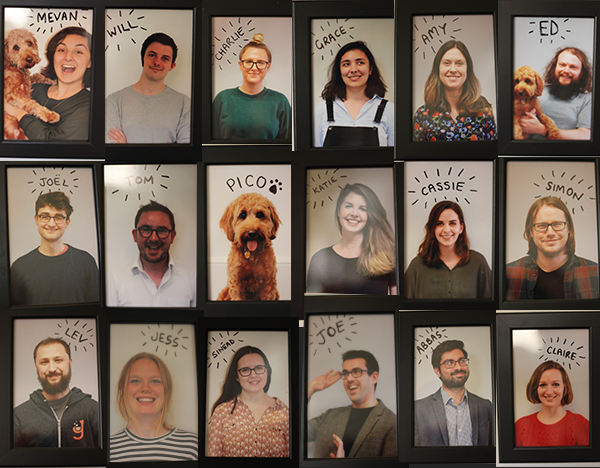 In praise of... Alexios Mantzarlis

£5,000: The true cost of the The Twelve Days of Christmas